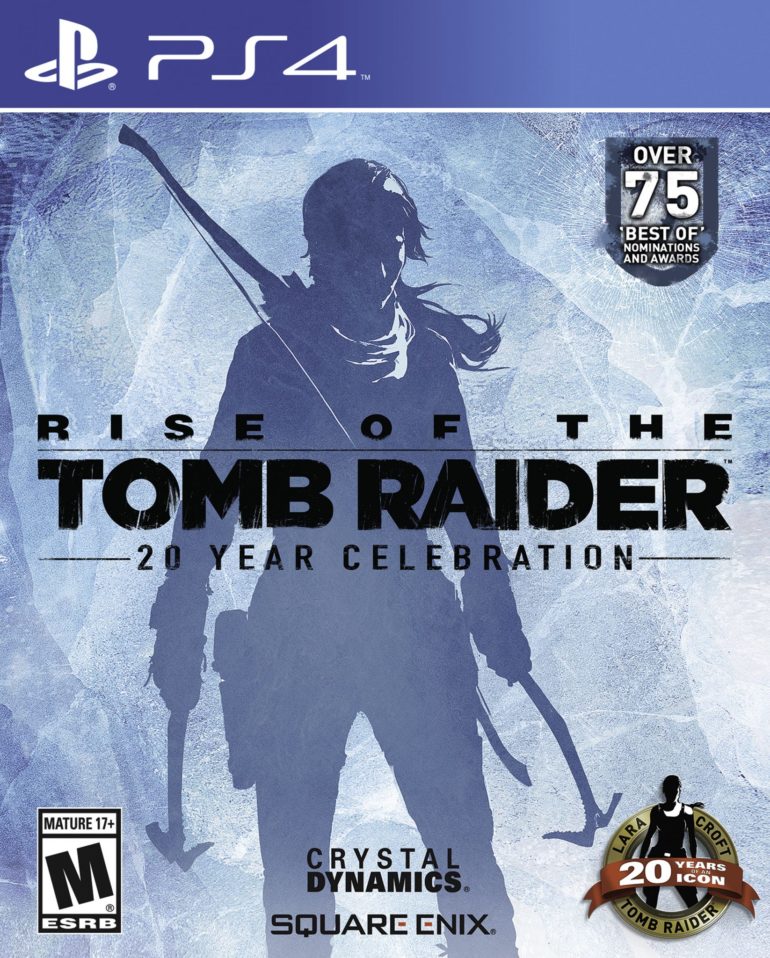 In video game culture today, you cannot talk of exploration and adventure without mentioning Lara Croft. The Tomb Raider franchise has seen its ups and downs; Angel of Darkness might have buried the franchise had Legend not breathed new life into it. Even if the series had met an untimely demise, I think we would still agree that it paved the way for games like Uncharted and The Last of Us. A lot of franchises have come and gone, even those many of us wish were still around. Thankfully, Lady Croft has weathered many a storm and survived everything from dinosaurs to demons. While the actual anniversary is not until October 25th, Square Enix and Crystal Dynamics have started the party a little bit early. Rise of the Tomb Raider originally launched last year for the Xbox One. Today, it brings Lara Croft back to the console that made her an icon in Rise of the Tomb Raider: 20 Year Celebration. 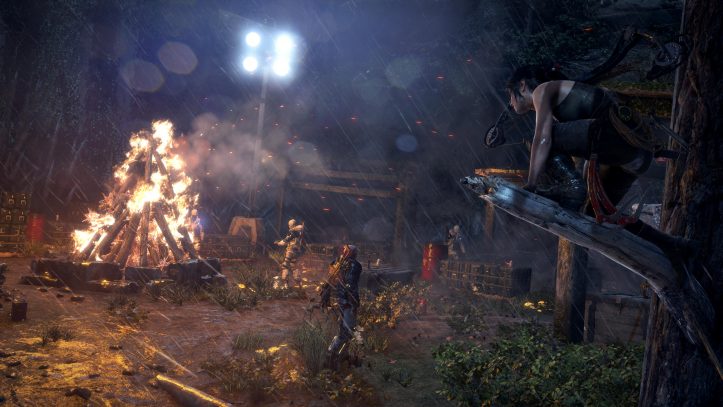 NOTE: Rise of the Tomb Raider assumes that you have played through and completed the story mode of 2013's “Tomb Raider.” If you have not, you can still enjoy this game, but be advised that there are allusions to the prequel throughout the game.

I SEE DEAD PEOPLE The story begins in Siberia as Lara and Jonah climb a mountain. A storm causes an avalanche that Lara is unable to escape. Flashback two weeks prior in Syria. An unknown assailant appears in a gunship trying to kill Lara. A narrow escape from an explosion sends her over a cliff where she discovers a tomb. The tomb belongs to a prophet whose followers believed to be immortal. She finds scrolls and learns that his sarcophagus is empty; both seem to lend credibility to said belief. After coming up empty-handed, Lara meets her would-be killers and learns they are members of Trinity. This is the same group that littered the tomb with bodies ages ago. The combination of their entrance and Lara's daring escape literally bring the house down. She has another run in with Trinity as one of their agents breaks into Croft Manor and steals her father's book after (surprise) trying to kill her. Jonah saves her and reluctantly joins her after having failed to talk her out of her quest.

Ever since Crystal Dynamics took the Tomb Raider reigns and made Legend, Lara's life has been all too tragic. Learning her mother's fate and having to face her father's killer would be more than a lot of people could handle. However, this happens before all of that. I enjoy the plot development in the game but you just feel bad for Lara knowing where all of it is headed. That is what makes the narrative worth experiencing. Crystal Dynamics gets you invested in Lara's fate, making her much more than tight jeans and a tank top. The original games were more action-oriented. They just made Lara seem like a sexy, smarmy British badass while the new tales give her much more depth. You actually gain understanding as to why she is who she is in later years. After so much loss she just decided to disconnect at some point. Who knows, maybe Crystal Dynamics will use these prequels to rewrite Lara's character when they inevitably bring her into the present. 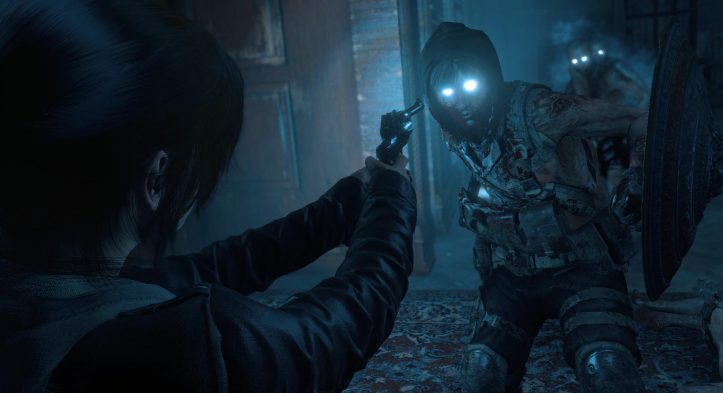 DEFINITIVE Call me a fanboy or whatever; I called it. Even before the bugs that plagued the original Xbox One version, I said that Xbox One players are getting the short end of the stick by getting a timed exclusive. If Square Enix is releasing the game a year later for PS4, they are going to want to make those players pay the same retail price the Xbox One players did. For that, there will have to be incentive.

Incentive was given, my friends. Not only has the game had it's bugs ironed out (thus far), everything has been improved. The upcoming release of the PS4 Pro and Xbox One Scorpio have seen 4K resolution and HDR support added. Tons of extras come standard in this box and all of the DLC that Xbox One and PC players had to pay separately for are on disc/DDL. Already the game is worth the price of admission and that does not even mention how it plays.

Tomb Raider faithful will control Lara with ease, even though there have been some changes to the schematic. This is a younger Lara Croft who has not yet set up an obstacle course in her back yard or gym in her home. You won't be tumbling, backflipping or doing handstands. SHe is a bit clumsy on purpose but she responds to all control inputs smoothly. The auto-lock of old is missed but the game has evolved to be part survival now. You should expect to be doing things on your own.

In terms of combat, you have multiple options as well. A huge shout to Crystal Dynamics for Adventurer Mode. Let's face it, it is easy mode, but it is specifically designed with streaming in mind. It gives enough challenge to make you “look good” for your audience. Tomb Raider difficulty is your normal mode. Seasoned Raider only allows health regeneration outside of battle and features stronger, smarter enemies. Survivor adds more difficult enemies to the mix, lowers the available resources and makes upgrades more expensive. Extreme Survivor is for the hardest of the hardcore players. All the challenges of previous levels are added together and you can only save at campsites. They wanted all bases to be covered in this game; no one will be saying “it was too easy.” 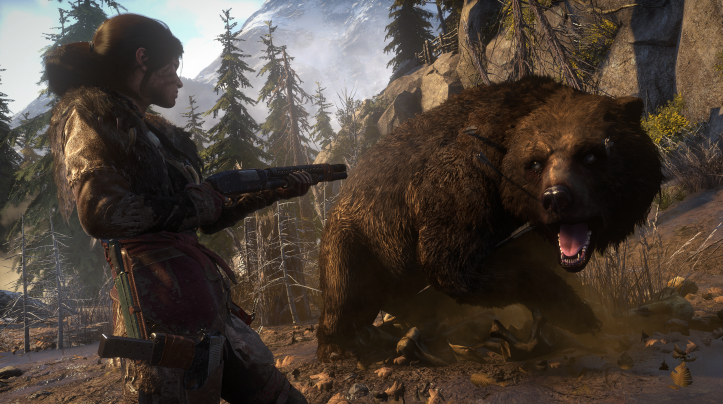 DETAILS, DETAILS I mentioned earlier that Rise of the Tomb Raider for PS4 will have 4K display and HDR support the day that the PlayStation 4 pro launches. That means that it will be one of the best looking games available on a console come November 10, 2016. Here's a surprise – it can make that claim today. Without using a PC, on a regular launch model PS4, this game still looks amazing. From the pores on Lara's face to the fibers in her jeans, this is what you can expect to see while playing. The lighting features are probably the best I have seen in a game this year. When you look up and see the sunlight peeking through the cracked ceiling of a temple, you feel as though you are really there. The water is spectacular; behavior was programmed for the surface, under the water and when it is raging forth. It almost seems as though graphically the game wanted to challenge a similar title that came out this year (ahem, Uncharted). If that were the case, I would be hard pressed to choose a clear winner. 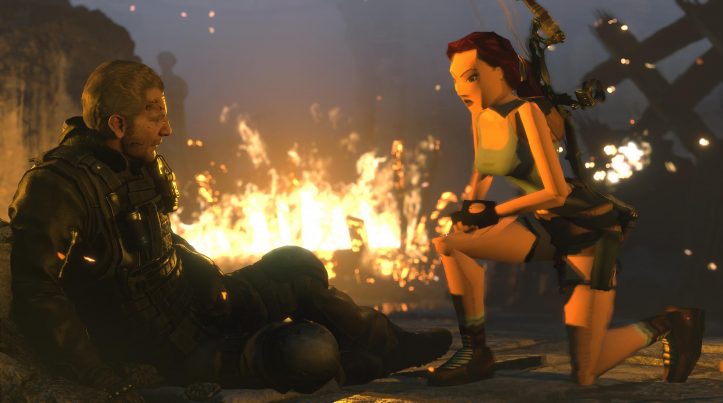 This game has a rather ironic title; Rise of the Tomb Raider was always a good game, but it was plagued with bubugs and game breaking glitches when it launched on Xbox One. Since then, the PC version launched early this year. While it offers the absolute best visuals for this game, there were still bugs. The framerate was unstable and compatibility issues arose with certain GPUs. Now the game has finally come to PS4 and it seems to have “risen” above its own faults. It is still early so players might run into issues but the 20 Year Celebration edition gives the most bang for the customer's buck and functions well thus far. The story is engaging and will have you wondering what comes next. The multiple modes offer dozens of hours of playtime and 125 trophies will give completionists more than enough to do. While it is available for all three current gen platforms, this is one of those games that PS4 owners need in their collection.