If I have said it once, then I have said it a million times. I am sick and tired of the lack of creativity in Hollywood today. Most of what you see are sequels, remakes and derivative tripe that is literally not worth the price of admission. Some of the MTR staff has said that I may be getting way too critical of things and perhaps I just need to enjoy the movie. The problem is that a lot of the movies are just not good and that is why I am so critical. This brings us to the new (remake) movie, RoboCop. This movie is based upon a 1987 cult-classic film of the same title and immediately sent up red flags for me when I heard that it was in production. The original movie was an R-rated splatter-fest filled with action, guns, explosions and bad jokes. Amongst the 18-40 demographic, it was a huge hit that spawned two big screen sequels, made-for-TV movies and a TV show, cartoons, video games, etc. RoboCop became an iconic action hero, despite his top speed on foot being maybe 10mph. It is no wonder that someone would try to revive the franchise, especially since the original production company (Orion Pictures) has long since gone out of business (recently resurfaced last year). The big question is will this new RoboCop enjoy the same level of popularity as the one that Peter Weller made great? Let’s see if MGM can pull off some of that movie magic that they have been known for over the past ninety years.

DEAD OR ALIVE? There are significant differences between the original Alex Murphy turned RoboCop and the new version. I will not go into all of them so as not to spoil the movie too much. Both stories take place in a future Detroit, but in the original, Detroit was like the eighth level of hell; literally the last place on Earth you would want to be if you did not have to. That Detroit was separated between old and new; new Detroit was a shining metropolis whereas old Detroit was a war zone. In that movie, Alex Murphy was one of the last few police officers left in old Detroit as Omni Consumer Products (OCP henceforth) owned and operated the police and was looking to shut them down and raze old Detroit to the ground. Alex was a good cop looking to set an example for his son until a drug bust gone wrong left him dead from lead poisoning (literally about one hundred gunshot wounds, including one in his skull). That corpse became RoboCop and somehow, his soul managed to humanize the cybernetic automaton OCP had created.
In the remake, Murphy is injured when he is off duty via car bomb. Sadly his wife and son got to witness the event and she signed off on a procedure that would give him a semblance of a normal life. This Murphy did not die; his life was redefined by Omnicorp, a subsidiary of parent company OCP. This RoboCop is faster than the original, but oddly weaker. His right hand is organic, he has to breathe (which actually makes sense) and he does not have his interface tool (which nicely doubled as a stabbing weapon). The new model clearly has wi-fi, so maybe the interface is not needed, but it was cool, so it is missed. The new model also switches back and forth between the original gunmetal grey design and a stealthier black (which actually also made more sense).
Both RoboCop units patrol Detroit and heavily reduce crime but there is an interesting twist. In the 1987 version, our hero is a reanimated corpse that quickly rediscovers his humanity and is able to overwrite his prime directives (mainly the fourth one). The new Murphy is a living being that for much of the movie is a literal slave to his programming. This was an ironic twist I could not help but think about while inevitably comparing the two characters. Who was the better RoboCop will definitely be a debate this weekend.

THANK YOU FOR YOUR COOPERATION Joel Kinnaman did a great job playing Alex Murphy. He partnered well with Michael Williams (worth mentioning that Lewis was a white woman in the original) in sort of a less crazy Lethal Weapon sort of way. Sadly, there was very little collaboration between the two once the suit goes on. The other problem I had with Kinnaman was that aside from the parts where he was not in control, there was not very much “robo” in the cop. Weller’s voice was modulated to make him sound somewhat robotic and it worked; Dr. Norton (Gary Oldman) included this new Murphy’s organic voice box in the model. While it made sense that he sounded normal, I would have at least liked for his speech patterns to have been more like that of a computer. RoboCop seemed like less of a cyborg and more of a man in a super suit. What puts this film over is the supporting cast, most of which are A-list stars. Gary Oldman outshines Miguel Ferrer as the creator of RoboCop, even though there is less flair in his personality. Michael Keaton embodies a combination of two characters from the original: Dan O’Herlihy (OCP CEO) and Ronny Cox (Dick Jones) which made him the good and bad guy and the standout role of the film (for me). Samuel L. Jackson as Pat Novak was this film’s answer to all the campy commercials and TV clips seen in the original film. For the tone set by this movie, it was a brilliant move and I don’t know if he ad-libbed or followed script, but letting him throw in one good “motherfucker” was genius. Abbie Cornish only had a little bit of her Sucker Punch toughness in this movie but it was enough for her to adequately portray Clara Murphy. I am glad that they gave his wife more of a presence in this movie as she was literally a memory in the original. If more remakes were given this level of attention in terms of casting, I would probably not complain so much. . . probably.

GO HOME ED-209, YOU”RE DRUNK To quote Butt-Head, “These effects, aren’t that special.” That would be the accurate description of the 1987 film. Several of the scenes involving the Enforcement Droid series 209 were laughable because there was really no suspension of disbelief. RoboCop was fighting a stop-motion animated toy. Fortunately, there is a visible difference between a budget of thirteen and one-hundred million dollars. All of the robots looked real and RoboCop’s interaction with them was fantastic. Outside of the robots and Pat Novak’s news reports, there was very little in the way of visual effects unless you count the details shown in Murphy’s visor. They could have made his HUD look a little bit less like that of the original Terminator though.

There was a line in an article that I read that was pivotal in making me go see this film. It said that “this is not your daddy’s RoboCop.” The reason that stood out to me is because I am one of those people that feels that the original is a cult classic film, but I do not fit into the 18-40 demographic of 1987. I do fit into that demographic today. This new film took a lot of political jabs at the United States saying that we do all this work for other countries making sure they are protected but do not tend to our own issues at home. I am going to leave that part alone for another discussion, but it did make for an interesting movie. My overall assessment of RoboCop the character is that while I liked him, he is weaker than the original. Everything about him that I disliked made sense in this film but did not change my opinion. In both movies, Murphy’s brain was put into RoboCop, which is why he was still Murphy. This one also retained his lungs and his blood which is strategically stupid when maintenance is concerned. Anything above .50 caliber rounds could penetrate his armor and this weakness became common knowledge. Regardless of that, a human brain needs oxygen and that is delivered by blood. They kept his right hand instead of replacing it with a cybernetic one. This makes his right hand weak compared to his left, but it shows the public that he is till a real man. It also helped him with his son, who was kinda freaked at his dad being a machine. The biggest drawback of the movie for me was that RoboCop still spoke and joked like a man. Make no mistake, Kinnaman was great and if there is a sequel, only he should be in that suit, but he is no comparison to the Weller version. Whether or not you have seen the original, you should see this movie because I most definitely would buy that for a dollar. 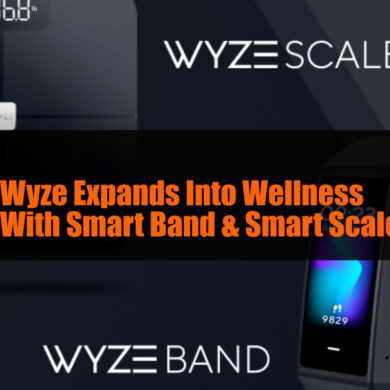