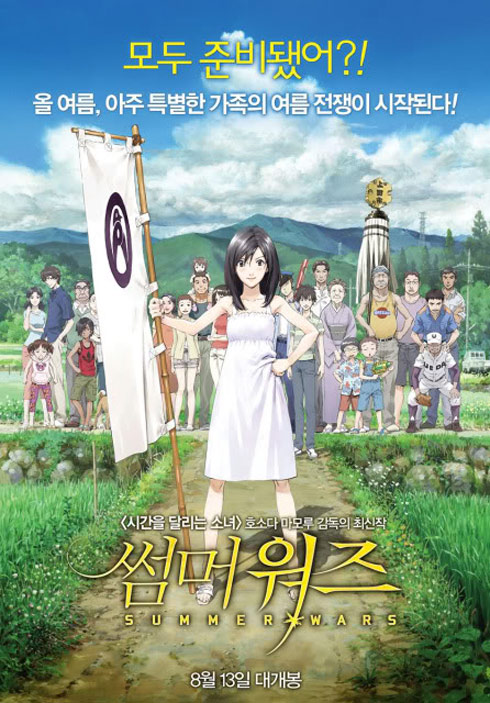 It is not easy to drive two sub-plots at once and still have a coherent story. If you need proof of that, just watch an episode of Family Guy. Then again, I am implying that a real effort to do so is being made so Family Guy gets a pass. So now my question is: what happens when you mix a little Soul Food with the Majin Boo saga from Dragon Ball Z, throw in a pinch of Fantasia and a dash of War Games and let it bake for just under two hours? Mmmmmm, smells like it might TURN INTO A COOKIE! If that reference went over your head then I am not sure why you are reading a review to an anime feature, but please, continue. The answer is Sama Wozu, or Summer Wars in English. The film is very colorful, both literally and figuratively, to the point of being occasionally psychedelic. At the same time the movie is both heartwarming and poignant. Originally released in 2009 in Japan, the film enjoyed a limited release in the States during the month of December (2010). If you missed it, you’ll be happy to know that it will be on DVD and blu-ray in just over a month. If you think you might enjoy a movie that can give you both a good laugh and a good cry, along with a couple of genuine WTF moments, then this movie is right up your alley.

Our story takes place in the very real city of Ueda, in the Nagano prefecture of Japan. At the same time, virtual events in the online community of Oz are having very real consequences in Ueda and around the world. The aptly named Oz is a virtual world of beauty and wonder just like the Oz of “Wizard” fame, but in literal terms it is the internet. This fantastic representation of the internet represents both the wonderful future that could one day be the real internet and the horror of what can even be done online today. Kenji Koiso has summer job tending to the maintenance of Oz. He wanted something boring because he blew his chance to represent Japan in the Math Olympics. Kenji is a bit of a genius when it comes to numbers, and it’s about to seriously bite him in the ass. He blows off his original job to take on a new part-time gig: posing as the boyfriend of Natsuki Jinnouchi, the girl of his dreams. Natsuki fears her grandmother may not be long for this world so she wants to present her “fiancée” to her during her 90th birthday party. During his stay at the Jinnouchi estate, Kenji gets an email with a math problem in it and the two-word message “Solve Me.” The next day he’s named as an international terrorist who basically broke the internet. His Oz account is blocked but the avatar is still active…..it now goes by the name “Love Machine.” Madness ensues in both worlds from this point forward and questions arise. Who or what is Love Machine? Who is King Kazama? Will Kenji keep his promises? I highly recommend that you find out for yourself on February 15, 2011, when the home video hits stores. The above trailer is what got me hooked, so you are in for a treat if you enjoyed it as well. 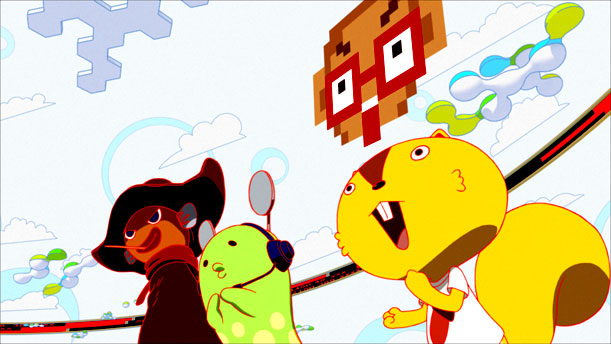 Summer Wars has a very simple art style that achieves some very awesome results. Above is an image from Oz during one of the fight scenes and while it’s not trying to amaze you like Vexille or Appleseed: Ex Machina, you will find yourself thinking “Whoa, this place is really cool; I wish I could go there.” The Jinnouchi family do everything to the fullest extent of their abilities: they love hard, they fight hard, they work hard and they stick together no matter what. They make everything look simple because of this. Overwhelming obstacles become mole hills when they work together and that is the charm of the movie. At certain points they are literally preparing for war and yet from the outside it looks like they are performing simple everyday tasks. The imagery is never overwhelming with the exception of those in Oz; to really make you feel like this place is the internet itself, the artists filled it with tons of random and meaningful imagery. It’s impossible to take it all in at once, which is fine since the movie is one you can easily watch over and over again.

The music is just as subtle as the majority of the art style. The only time it really can be heard (without paying attention) is during the opening scene and the point of that is to show how nervous, excited and amazed Kenji is about what is going on around him. The music is kept at a volume where it is enough to hear but low enough that it never interrupts the dialogue and I have to say it fits perfectly. In a movie where you will watch it again and again just to see what you pick up the next time, keeping the music in the background makes it just another thing to pick up on as you watch. 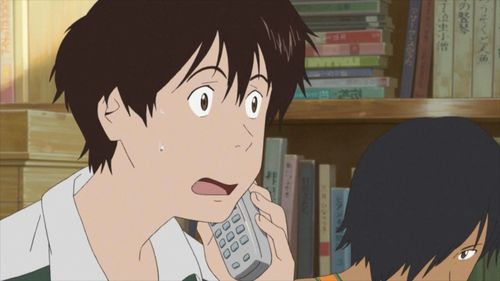 I am glad to say that the voice talent is top notch and I am not talking about in any specific language. I have had the opportunity to see the movie in English and in the original Japanese with subtitles. Props to FUNimation for doing a bang up job on the English translation and for stepping up their game in the voice talent department. They have come a very long way since their early DBZ days. Know that whichever language you choose to experience the movie in that you will not be wasting 114 minutes of your life. The biggest difference I have noticed is that in English the honorifics which are so common in Japanese conversation are completely absent. If that bothers you then Japanese will be your audio track of choice when the blu-ray comes out.

I was lucky to catch this movie in theatres; a friend of mine showed me the trailer via Facebook and a contact I made via Comic-Con sent me an e-mail that IFC’s theatre in Greenwich Village was playing it for a week. This is a fantastic anime that will probably fall under the radar for a while unless it wins some awards on this side of the Pacific. The great thing about this movie is that it fit so many different classifications: it’s a family movie, it’s a date movie, it’s a movie for a group of friends or you can watch it alone. It’s a tear-jerker yet it has bad ass (albeit short) fights. You will experience moments of sheer silliness which are followed by some serious drama. This all sounds like the movie is ridiculously scatterbrained but everything is done intentionally and the plot is very solid. You have to see it if for no other reason to find out what Love Machine is. It’s always a plus when a movie is long and manages to keep the viewer interested. Ladies and gentlemen, Summer Wars is a must see and (for me) will be a must own in February;. After the movie, we can all go take a relaxing dip in a hot spring.