I personally come down very hard on comic book-based movies. The writers of these films for some reason find the need to deviate from the source material and show you “their view” of heroes many of us grew up with, I am especially critical of Marvel’s original wall-crawler, myself being a nerdy kid that grew up in Queens. Spider-Man is to Marvel what Superman is to DC (or in the case of movies, what Batman is to DC). You really have to go hard or go home when it comes to one of these movies. I will be one of the few individuals that will say that I kinda liked Spider-Man 3 and even then I will say that movie was terrible. I dug Tobey Maguire, but the dance scene said it was time to wrap things up and move on. Sony went back to the lab and decided to reboot Marvel’s golden boy completely, hoping to save face and come back with a cast that fans would want to see in (at least) another three movies. Of course you know I had to run out and see if they came up with a winner.

WEB OF SHADOWS Sony wants to focus this time on the roots of Peter becoming Spider-Man and tie that to the disappearance of his parents. For the first time (on film) we see Richard and Mary Parker, the parents of our young hero. Throughout the movie his parents are referenced and it is teased that being Spider-Man has something to do with his father’s work, accident aside. Dr. Curt Connors is also tied into the mystery surrounding the Parkers. He worked alongside Richard at Oscorp and may know more than he lets on. After human-only cameo appearances in the previous trilogy, we finally see his evil alter-ego, The Lizard. As the antagonist of the movie, we got to see the largest Spidey-foe to date literally beat the webbing out of Parker. The Lizard’s grand scheme is a bit hokey, but the overall product made for an auspicious start to a new batch of Spidey movies. Fans and newcomers alike will be pleased.

“I'm going to throw you out the window now.”

WELCOME TO MY PARLOR The new story combines elements from both the Marvel 616 (original) and Ultimate universes. Peter (Garfield) is more the Parker from Ultimate Spider-Man, while Gwen Stacy (Stone) is taken from the 1960s persona. Their chemistry onscreen utterly and completely outshines anything Maguire and Dunst did before them and we finally see Peter with his first true love. We also got a more comic-book like depiction of Spider-Man which can only be appreciated. Although done differently, we get a scene where Peter is shocked to discover his new powers along with a better “field test” of said powers than previously seen. We also saw more of Spidey using his greatest weapon, namely, his mouth. Fights with the Lizard were accompanied by much of the famous banter that all Spider-Foes hate. And while I miss the raunch of Denis Leary’s humor, he made an excellent Captain Stacy. Martin Sheen and Sally Field nailed Uncle ben and Aunt May and thankfully we got the more modern Aunt may instead of the “is this old bat still alive?” version. The only bad thing bout the acting component of the movie was the decided absence of J. Jonah Jameson. That absolutely must be addressed in the sequel.

How to speak Australian – Air freshener.

GOT YOUR TAIL! (ewww) Two hundred and thirty million buys you some real fancy web-slinging action. Apparently it also means you don’t get an R-rating for gunning down a giant lizard and blowing his limbs off as long as he is CGI and there is no gushing blood. ASM is pretty and the 3D is done very well. The fights are fast and fancy and it’s really sad that Sony couldn’t have waited because I can picture Venom in place of the Lizard in this or a later movie. The moves they gave Spider-Man were incredible and to have a behemoth like Venom being able to move similarly would have made for some of the best superhero fighting we have ever seen. The Lizard literally tore up the screen going after anything he considered a threat (or prey). The first-person swinging action also provided a new visual dynamic we have never previously seen in a Spider-flick. Now if only we could get the movie houses to play nice and have Mr. Footie Pajamas join the Avengers, we would really be talking action.

Not the freakiest thing I have seen on the subway. Not by a mile.

OH YEAH, THERE WAS MUSIC Maybe I was not paying close enough attention. Someone please correct me if they feel otherwise, but the soundtrack was just forgettable. I am not saying it was bad at all. I am saying that it was there. nothing stood out. Nothing made you feel like “yeah, Spidey is gonna kick some ass now!” The music was literally just there.

Can we wait til you stop bleeding to get freaky?

Like I said, I have been a Spider-Man fan since I was a small child. You really have to put in work to properly represent this iconic character, especially after making him look worse than “Turn Off The Dark.” Sony brought their A-minus game on this one. Yes, there are problems with the film, like a good twenty or so people already knowing who Spider-Man either is and/or what he looks like under the mask. I thought to myself, “Wow! Are we skipping ahead to Civil War already?” That along with the crappy master plan of The Lizard and the origin of the web shooters just irked me. However, there movie has shining points that outweigh the bad by a ton. The way in which they had Uncle Ben drive home that famous line that Spider-Man lives by was awesome. That and the burning car were moments in the film I could watch over and over. The writers really wanted to make a point that yeah, people dump on him, people hate him and they fear him, but Spider-Man is a hero through it all. Reasons like this are why this reboot kills the previous first movie in my opinion. Raimi’s films gave you Spider-Man in a specific way that can never be looked down upon (except for emo dancing). Webb’s (no pun, that’s the director’s name) Spidey goes deeper; he makes you really stop and realize that this is a kid, not even old enough to vote, getting his ass beaten horribly. Broken bones, lacerations, gashes and gunshots, but he will never stop. As long as he has the power to save people that is what he is going to do, and at the core, that is what Spider-Man is all about. Cannot wait for the sequel. 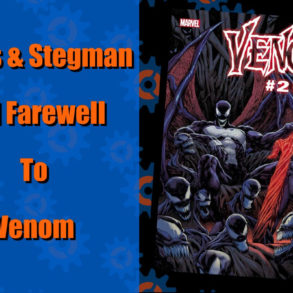