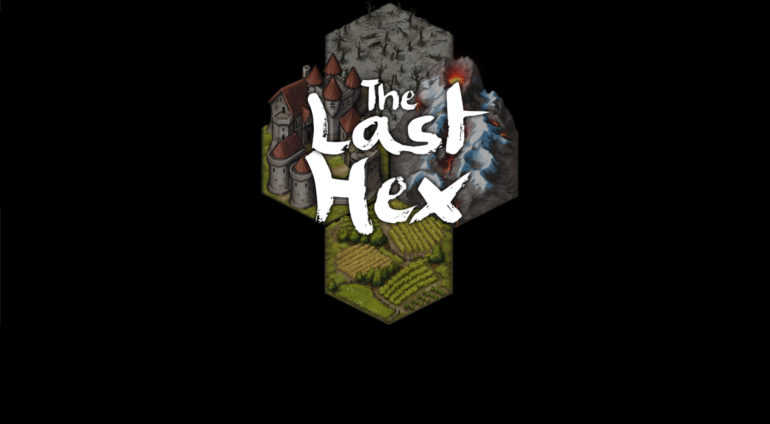 It was a rainy, summer day in August of 2018 when I attended Play NYC. The Hammerstein Ballroom hosted hundreds of indie developers from NYC and the tri-state area. One of them, not coincidentally, call themselves That Indie Studio and they easily grabbed my attention with their new title. Fans of D&D fan, turn-based RPGs and challenges, in general, are in for a treat. We take a look at an early build of The Last Hex and see if it is worth waiting for the final product.

The Last Hex does not hold its strength in its story. You will, however, see the inspiration of fantasy films from the 1980s if you are a fan of said genre. In particular, movies like Krull and Willow come to mind when describing this game. You are a (choose your character class) that must set out on a long, perilous journey. Your goal lies at the “end of the world” where The Lost has launched an invasion. Victory means the people will live free of fear while defeat literally means all will be “Lost.” Fortunately, this game is one that does not need a strong narrative. How you live through the next battle is all the story you will require.

What Fate Deals You

When you first play, you can only choose from Warrior, Wizard or Thief. You will unlock additional classes (eleven total) through encounters, experience, etc. Your base equipment is merely clothing; they offer no bonuses and simply show the world the job you have chosen. Each class gets an item that starts them with a specific bonus. Some are just okay and some are great (example – every fourth hit is 50% stronger). You have a meager amount of gold and a handful of cards to start fighting. Warriors have increased defense, wizards an increased chance for a critical hit and thieves get discounts in cities. Thieves also have cards that steal gold from monsters. For me, the warrior was the least effective and my current favorite is the Assassin. I am not sure how I unlocked that one as it happened when I died. Finding the class that suits you is what will really make this game fun for you.

The axe you see in the upper right marks a mini boss. You had best be prepared before going there and there are always at least five on a map. Aside from those and the end tile of The Lost, the map is procedurally generated and unpredictable. The two desert hexes in the screen above are guaranteed fights. The oasis might be an event and those can heal, offer bonuses or kill you. There are no continues and you can only save in terms of continuing a game later. Death sends you back to the starter city to try again as a new adventurer. Even if you pick the same class, your path will not be the same. As you gain gold, you always have to consider the following:

Don't be afraid to fail; the game is intuitive. As you progress, more will become clear and you will develop new strategies both in and out of combat. Visiting a city cannot hurt you, but it can be a fight to get out with what you need. Each card has markers telling you attack or defense and what makes them “grow.” The Magic Missile above tells you its strength comes from your arcana stat (this wizard has Arcana 2). If the wizard's arcana were 3, the attack might do 8-10 damage, and so on. Defense is important for obvious reasons. The sidestep card above offers 4 defense when played; if the goblin's attack does 5 damage, you only lose 1 HP. I could write all day about the few tricks of the trade I have learned thus far. The beauty of The Last Hex is playing how you want to.

I do not play a lot of PC games because my system is old and it cannot keep up with today's requirements. With The Last hex, that will be the last thing you have to worry about. The beautiful, hand drawn graphics are static; even on an elderly rig like mine, the game runs in 4K no problem. That Indie Studio easily saw my enjoyment when I tried The Last Hex at Play NYC. My first question was whether this would come to consoles. The interface works best with a mouse, but I could easily see this on consoles, handhelds and mobile devices. The visuals of The Last Hex are standard 2D all the way and I feel like this is something I could have played thirty years ago. That is not a slam, it just speaks to the timeless look and quality of the title.

Every game needs its music. The music for the Last Hex was composed by Baschfire, a NY-based artist wit ha growing portfolio. As I play through the game I was on chat a few times. I think Baschfire would like to know that people hearing his music for the game compared it to Castlevania tunes. The opening theme is peaceful yet implies the desperate situation of reaching The Lost. The battle themes make me smile because they make you feel tough when you win. When you inevitably get stomped to death (that happens) the same music makes you ponder your defeat. It then makes you want to get back into the fight immediately. I rather stink at describing the intricacies of music. I will just say that Baschfire did a great job organizing the music for The Last Hex so check his work (in and out of the game).

Verdict: Make Your Way Towards The Last Hex

I oddly tried to shy away from The Last Hex when I saw it at Play NYC. I have nothing against card battle games, the issue is that I often stink at them. In this case, that would have been a mistake. There is a definite complexity to the game, but it is one that anyone can pick up and play. Pretty much anyone would be angry if they die in their first battle (I lived), but this game makes you want to know what you could do better. The Last Hex is truly addictive; when you start to improve, you feel invincible. There are times where you will drop even strong foes in one or two hits. And then the next fight comes and you get slaughtered. That Red Dragon can kiss my – pardon me.

What makes this game really worth playing is That Indie Studio. The great part about playing a game by a small company is they really need you to like it. The devs pay attention to feedback and have been updating the game almost daily. The game has a small bug icon for players to report trouble and make suggestions. The diligence of the team has made this game grow and evolve; I look forward to seeing what it can become. Two things I would like to see are: a head to head mode where people can race each other to The Last Hex. That or a mode where they can fight one another. I would also like to see an endurance mode where all tiles are “lost” and you see how far you can get. Defeating The Lost in those conditions would be truly legendary.

Here is the bottom line: Plop $15 into your Steam account and get The Last Hex. Afterwards, I will field complaints about how you cannot stop playing it.