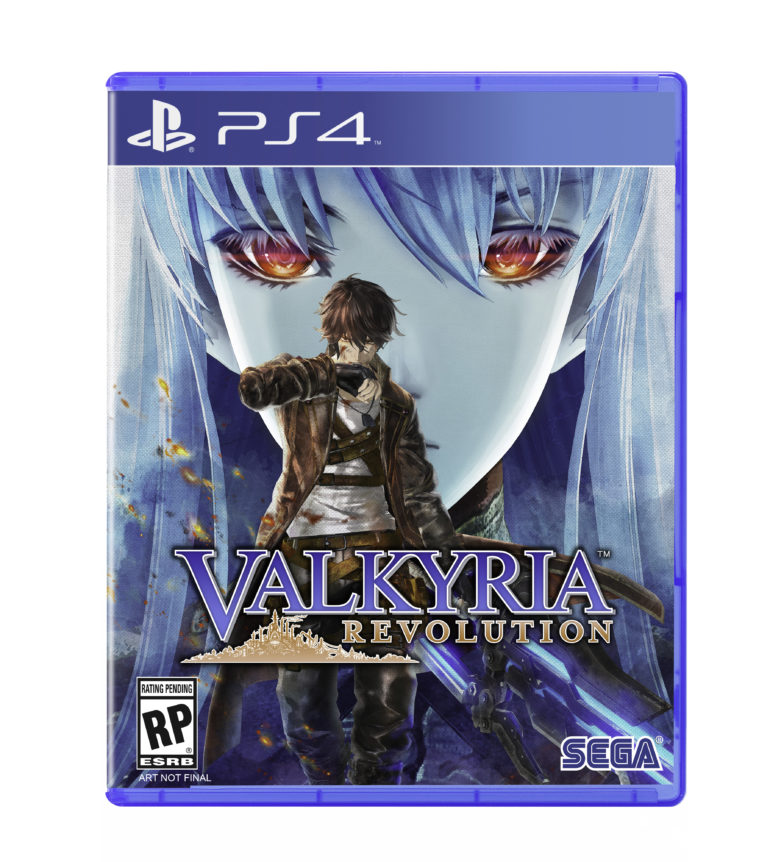 Last year, the gaming industry released a lot of remakes and remasters. As a gamer, I was not happy about that because it seemed to be a growing trend. There were however a few exceptions. Games that people like myself had missed out on the first time. One such title was Valkyria Chronicles Remastered. I thoroughly enjoyed the strategic JRPG so you can imagine my excitement when I saw that another title in the series was coming this year. Valkyria Revolution is the latest title in SEGA's series of war epics.

Valkyria Revolution is not a sequel to Valkyria Chronicles; the Valkyria and ragnite are back. The story is once again recounted as historical record. The setting however, is in a different time on a different world from the previous game.

Our story is narrated by historian Richelle Laudrup. Her former student wishes to learn the truth of the “Circle of Five.” This quintet were directly responsible both for the nation of Jutland's declaration of war on the Ruzi Empire and for Jutland's victory. Their actions led to nothing but enrichment for Jutland. With this being the case, he asks his professor why the five were branded and executed as traitors after the war ended. Why would the people of Jutland also bury them (at their own request) on a hill overlooking the place where they grew up?

Valkyria Chronicles is a tale of triumph, tragedy and vengeance. Some will find the presentation of the narrative to be drawn out, despite being well written. Much like its predecessor, there is a lot of dialogue. While there is a full voice cast, much of it is text which may turn some off. This will not be a problem to Valkyria fans or those of JRPGs or anime. Simply make sure to sed aside at least a good hour or two for every play session. 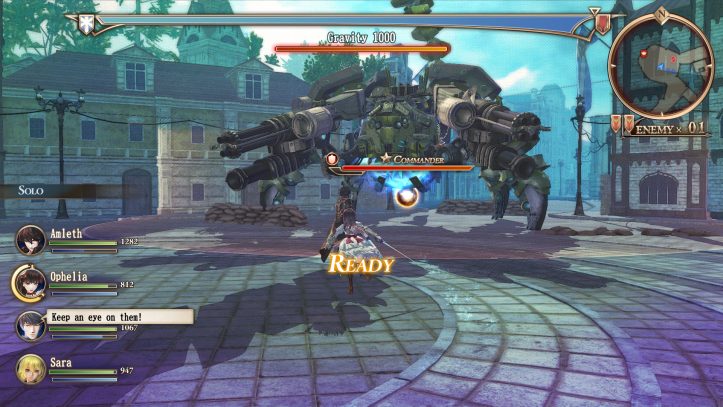 I will once again say that this is not a sequel to Valkyria Chronicles. In that game, you played sort of a three dimensional chess game. Even upgraded units rely on RNG to determine combat success. In Valkyria Revolution, you have full control of all of your soldiers, but only one at a time. If you have a squad of four, three of your units will act automatically based upon passive commands.

The best example that I can think of would be a game like Final Fantasy XII and the installments that followed. You control one of your characters directly and give general orders to the rest. The AI will take it from there. Learning how and when to switch characters, along with the management of items and your unit are what will lead to success or failure.

The tutorial is extensive; it even involves a boss fight, but it will only teach you the basics. It will be up to you to effectively command your squad to victory and cause the enemy to turn tail. upgrading gear and weapons in the appropriate shops returns from Chronicles. Keeping your anti-Valkyria weapons upgraded will literally be the difference between life and death. You have a time limit to revive a downed ally; its expiration means their permanent death.

Personally, I am on the fence whether I prefer the gameplay of Chronicles or Valkyria Revolution more. That said, this new title has solid gameplay. The controls are easy to learn; you just have to master the system which takes practice. Earning the Royal Army Veteran Cross requires dedication to the game. If you enjoy the modern RPG style of fully active battle systems then this game will not disappoint. 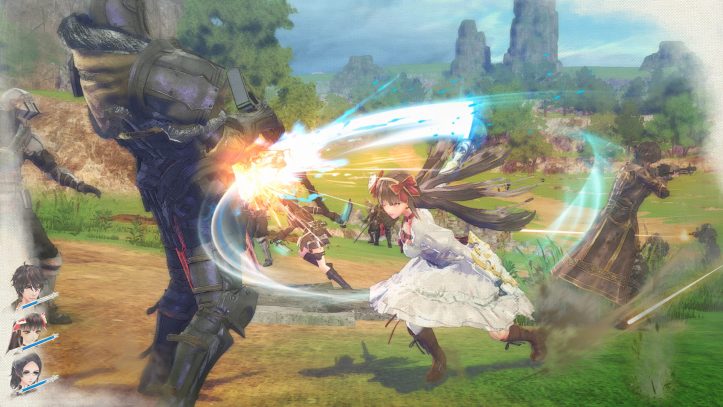 Old school gamers like myself probably know the dread of buying a game based upon a pretty cover only to have it look like crap when you turn it on. Fortunately, that will not happen with Valkyria Revolution; what you see on the cover is essentially what you get in game. The visuals are absolutely beautiful with hand drawn characters that look like something out of an anime. The GOUACHE graphics engine that powers the game makes everything look like a canvas painting in motion. Do not be surprised if the tale actually turns into an anime like Chronicles did before it.

Partnering the visuals is a fantastic musical score form the highly decorated composer, Yasunori Mitsuda. Having worked with greats like Nobuo Uematsu on classics like Chrono Trigger, the wonderful score of the game is no surprise. Prior to the game's release, SEGA released a video on how he and vocalist Sarah Àlainn created the game's theme song. You will be thankful that the Vanargand Edition (which is standard) includes a soundtrack CD.

There is one sticking point in the presentation of this game. The animation is extremely dated. This by no means ruins the experience but it is especially noticeable in the ever-prevalent cutscenes. For example, when a character leaves the scene, the freeze for a split second, turn as if on an axis and then walk away. Gameplay runs at a fluid sixty frames per second, but 60 fps of Final Fantasy VIII-style animation is nothing to get excited about in 2017. Overall, there is much more to enjoy than groan about in the graphics and sound department. 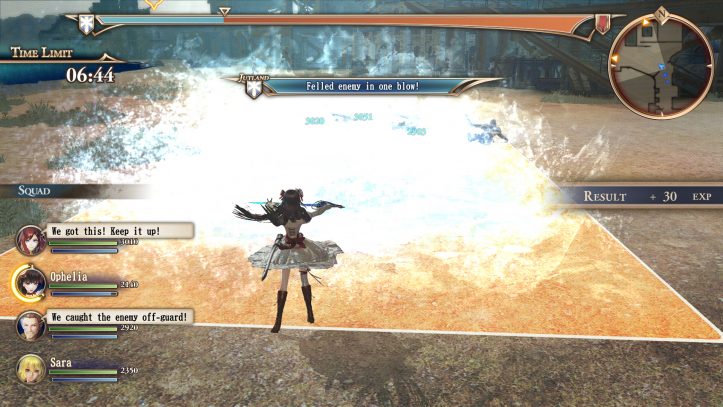 Redemption of the Five?

The original Dragon Warrior (Quest) and Final Fantasy titles were my first RPGs so I am used to having to read through a lot of text. If the story is good, I actually enjoy it. Valkyria Chronicles has a solid plot that is more realistic than fantastical. Sometimes the narrative can take you away from the action for a longer period than I would care for but those scenes can be skipped and revisited at any time from the compendium.

the action itself is rewarding in the sense that what you put in equals what you get out of it. You can try to Leroy Jenkins your way through a campaign and you may very well survive, but you will suffer heavy losses. This is something to think about with the permadeath of allies. If you are strategic, you can cause a lot of regular enemies to become afraid to fight. This limits the damage you receive. The game is meant to be replayed, so try it as many ways as you like.

Valkyria Revolution may slightly take fans out of their comfort zone due to the change in battle system. However, anyone that likes RPGs should be able to pick this up and play it with ease. It is mastery of the game that will take practice. That said, this is a game worth mastering. Unfortunately, like its predecessor, Valkyria Revolution will likely be a sleeper hit; just make sure that you do not sleep on it. 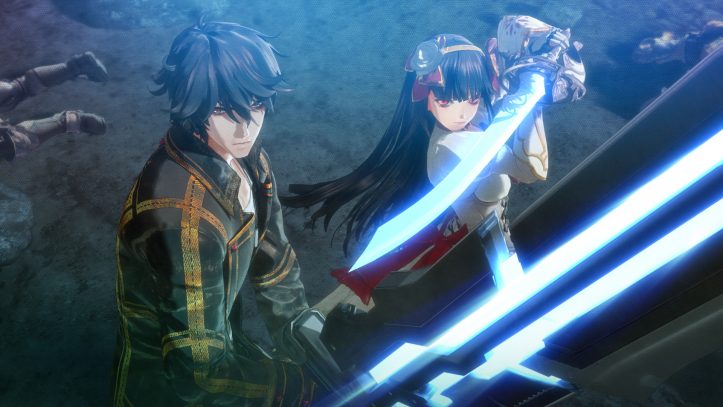 Slick's Score: 4 – Last year's Valkyria Chronicles Remastered made me a fan. This game made sure I stay one. Being able to switch between melee and ranged combat is a nice addition but does not necessarily make it better than Chronicles.

Slick's (Reviewer) Score: 4 – The visuals and combat are somewhat dated, but what isn't broken often still works. Still I cannot truly consider it a title of this generation.

Genre Score: 3.5 – Above average JRPG that takes a slightly risky departure from its roots. Fans must play it but it will not be for everyone.