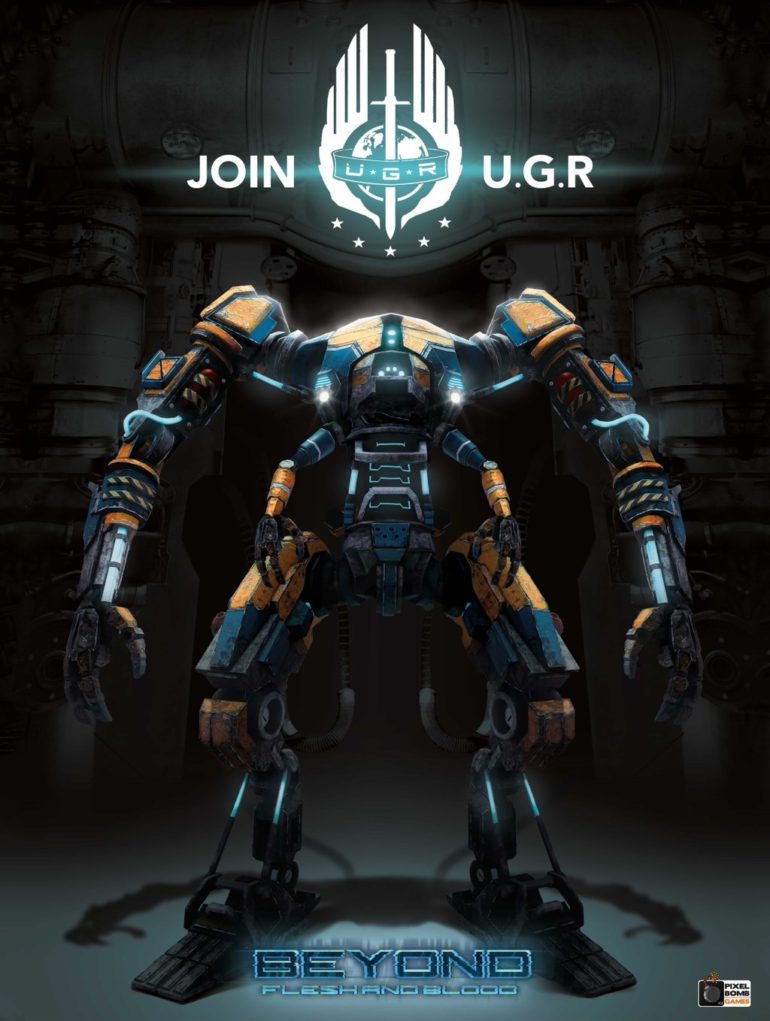 Beyond Flesh and Blood is coming this year to consoles and PC. Manchester-based developer Pixelbomb Games uses their UK hometown as the setting for this futuristic shooter. Earth has long been abandoned by humanity in the year 2281. Full story details are not yet known, but Earth has been overtaken by something decidedly not human. Those familiar with the UK city will have a leg up on the competition as a very photo-realistic version of Manchester is the setting for the game. Drones and mechs will battle an alien threat and each other as their controllers battle each other in VR from orbit. If the trailer has you interested, make sure you hit the Beyond Flesh and Blood website for more details.