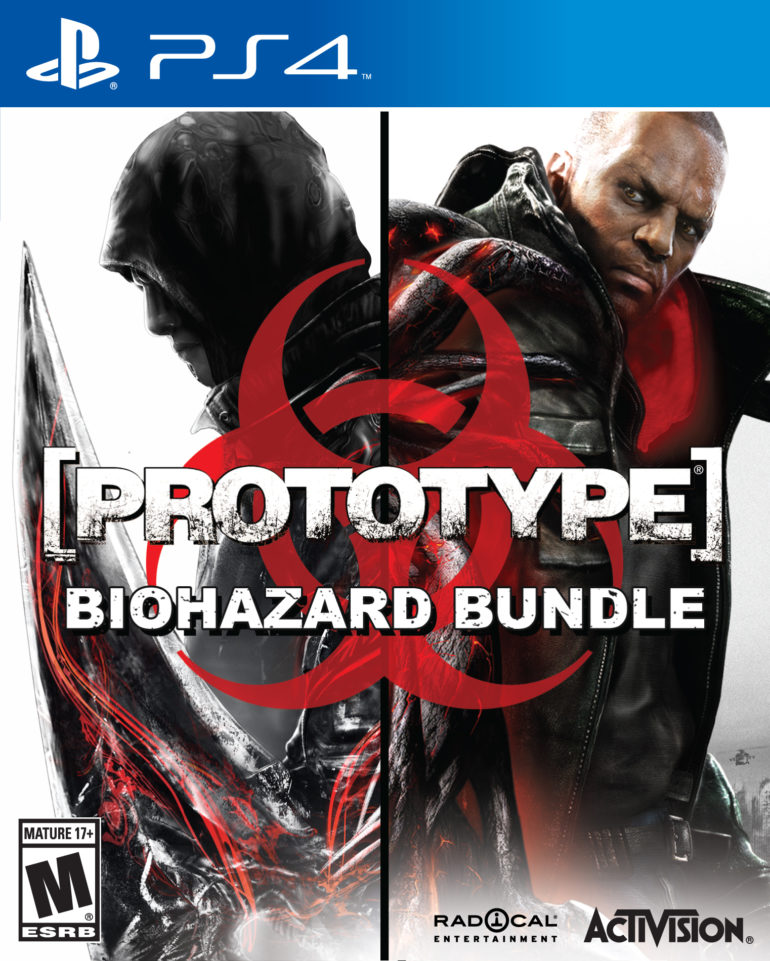 Long time MTR fans will remember that Rich and I spent a lot of time talking about the games in the Prototype series. The first game was heavily compared to Sucker Punch's inFAMOUS game and I went into detail about how I felt that was a mistake. Activision announced today that they have released  both Prototype games in what has been dubbed the “Biohazard Bundle” for the PS4 and Xbox One. Unfortunately, there is no news of a PC release. This is disheartening because I know many would have wanted to experience these games in 4K resolution. What console owners can look forward to is a remastering of both games, fully rendered in HD with improved framerates with better textures and visual effects. Prototype 2 will feature all of the content included in the Radnet edition of the game and most of the retailer pre-order content (no details on what was left out, if anything).

I had previously reviewed both games, giving the first a 5 and the second a 4. I loved the first adventure so much that the opening theme remains a ringtone on my phone to this day. The second game only got a lower score because it was too easy, especially when compared to the first game. I felt that the challenge was lacking. If you missed these games, but played the classic Incredible Hulk Ultimate Destruction, you already have a feel for what these games offer. Some of the moves were actually “borrowed” from the Jade Giant's adventure. If you like fast paced action with tons of brutality and destruction, then you should definitely jump on this bundle. At $49.99, you are guaranteed at least 30-40 hours of gameplay if you are a completionist. If you only want one of these games, Activision will be releasing the Prototype games separately on August 11, the first game for $29.99 and the sequel for $39.99. I cannot see anyone liking one of these but not the other, so hurry to your PlayStation or Xbox Live Store and download the bundle now. The two games together are a much better deal.

Note: The [PROTOTYPE] Biohazard Bundle is a digital release only.