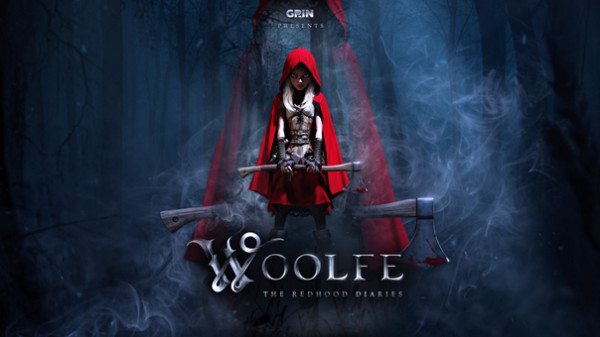 Funny thing about fairy tales – most of them don’t have a sugary sweet, Disney ending. The prince that “saved” Snow White may have been a closet necrophiliac; Sleeping Beauty was raped and gave birth to twins…in her sleep! Ariel, the Little Mermaid, ends up heartbroken and kills herself when the prince marries another… and then there is Red Riding Hood. Let’s just say it’s a good thing her hood was red after the wolf was done. The other thing about fairy tales is that they are told over and over again. Red has decided that she is not going to be a victim anymore and seeks out the help of the folks over at Grin. Gone are the days where she needs a woodsman to save her and granny from the wolf; sister is doing it for herself this time and she’s got the axe!

The visuals in this game give me the feeling of Harley Quinn running through the creepiest areas of Arkham Asylum. Red even has the kind of look on her face that makes me think she is on the same level of disturbed as Harley. Arkham Asylum is one of the few games that I have given five stars to, so a game like this definitely has my interest. What’s more is that we as gamers have the opportunity to make what looks to be a great game even better. Grin says that budget concerns have forced elements of Woolfe to be removed and they have a Kickstarter campaign in effect to get everything put back in. If you are thinking this is a game you would like then definitely donate – this is one of our few chances to have a say in how great a project can be. We will continue to provide more information as it becomes available so stay tuned.