SOULCALIBUR VI Heads to the Future with 2B

Ivy is a mainstay of the SOULCALIBUR series. According to lore, she fought in the 16th century. In SOULCALIBUR VI, players have said the story doesn't make the greatest amount of sense. Looks as though Bandai is not about to start with their latest addition. The 16th century meets the 120th! Ivy's new rival is none other than YoRHa No. 2 Type B from NieR: Automata!

2B wields two swords: Virtuous Contract and Virtuous Treaty. Both have been carefully tuned for maximum efficiency in the hands of a YoRHa android. Her fighting technique is specially designed for combat against machine lifeforms, employing acrobatic leaps and mid-air slashes, lightning-fast evasions and perfectly coordinated strikes. 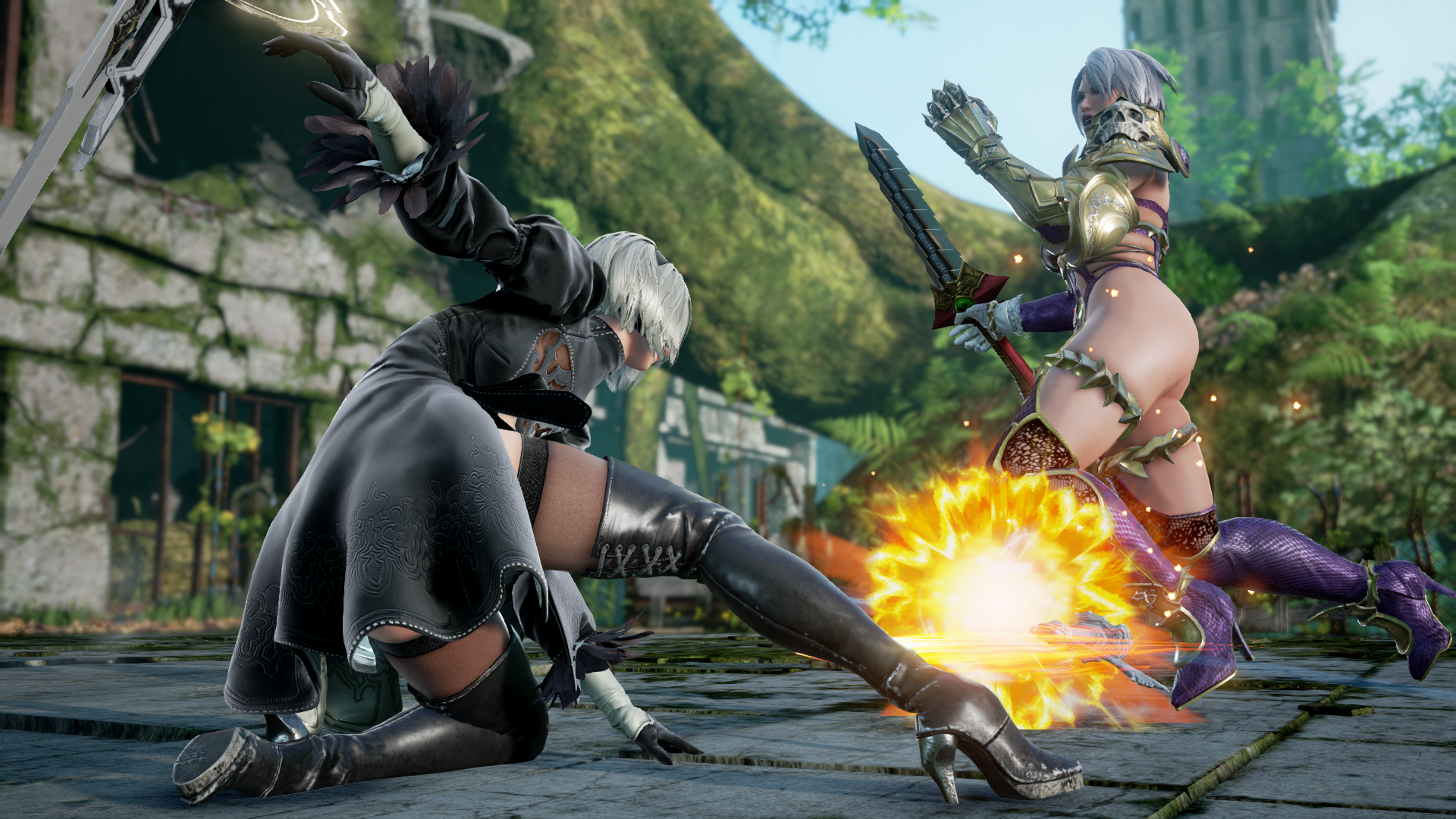 2B will be a playable fighter in Versus mode, Arcade mode, and Online matches. 2B will also come with her own stage and background music.