Star Ocean: Integrity and Faithlessness comes to PS4 this summer and we are getting our first new look at the game of this year. The previous trailer we presented is from 2015 Jump Festa last December. To make up for lost time, Square Enix hits us with a triple threat of information. First off, we have the story trailer which shows the main heroes Miki and Fidel try to defend their world from an intergalactic conflict. That alone is enough to get me interested in the upcoming Star Ocean game. Square Enix decided that was not enough. Instead we get a much closer look at Fidel and Miki to showcase their battle prowess and dedication not only to their world but to one another.

First up, we have Fidel:

His ability with a sword seems to be matched only by his desire to protect those he cars for.

Next we have Miki. Obviously a longtime friend of Fidel, she is not about to let him march off into danger alone. Her magic will not only protect, but she has the power to devastate her foes as well.

The two clearly are formidable together, but they w1ill not face their trials alone. Stay tuned to R.A.G.E. Works for more info on Star Ocean: Integrity and Faithlessness. We do not have a solid release date yet but we know that this will not be a traditionally dry summer because the Star Ocean series has consistently provided hours upon hours of entertainment. 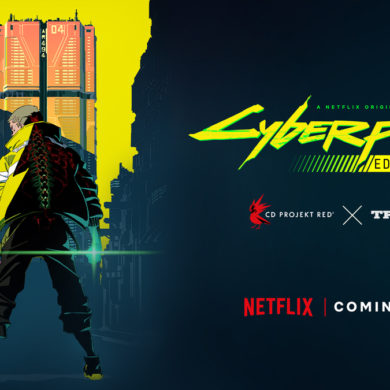 Cyberpunk 2077 Will Have an Anime – EDGERUNNERS