Ten Characters I Would Have Liked To See In Ultimate Marvel vs. Capcom 3

The announcement of new characters for Marvel vs Capcom 3 has yielded mixed results so far. On one end people like some of the enhancements, but on the other hand most gamers feel that Capcom is double dipping too much. The biggest discussions on various forums relate to the new characters debuting in UMvC3. While some are pretty awesome additions  (Strider Hiryu, Hawkeye, Ghost Rider) others seem downright corny. (Rocket Raccoon we’re looking at you.) I have had quite a few discussions with the MTR staff and listeners as to who they would have liked to see.  Therefore, I am going to share five Marvel and five Capcom characters that would have been better additions to UMvC3. Obviously my choices won’t be cool with everybody, but if you have an issue feel free to comment below or on our fanpage. We’ll start with Marvel first. 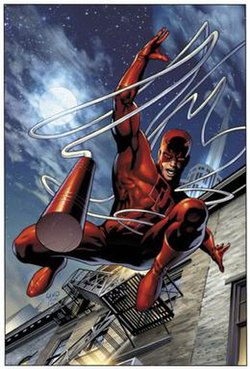 The Man Without Fear would have been a welcome addition to the series with his arsenal of martial arts moves and his various billy club attacks.

If you want to talk iconic Marvel characters, it doesn’t get more iconic then Frank Castle a/k/a The Punisher. Making The Punisher play similar to Chris Redfield would have been a no brainer.

I know that using Magneto is the easiest choice, but Mr. Sinister is just as much of a badass and has been a thorn in the X-Men’s side for ages.

Eddie Brock/Venom is a character that is almost as popular as Spider-Man himself and even though he has appeared in a previous game, Anti-Venom opens up a new level of attacks and abilities that would have separated him from Venom completely.

I would have preferred Loki over M.O.D.O.K for a multitude of reasons, but primarily because he has always been a great villain that has nearly killed The Avengers on numerous occasions.

While it’s cool to see Zero and even Mega-Man get recognized in various Capcom fighters, I think Proto Man would have been a better addition than Tron. Proto Man has a cool design and his shield would have been great for counter attacks.

We all like Morrigan and even Felicia, but adding Hsien-Ko and not Demitri is a damn shame. I never understood why he never got a shot in the more mainstream VS titles.

Another fan favorite that gets no love in the mainstream VS series.  A werewolf that becomes a giant fireball is all good in my book.

Samanosuke would probably have not been an obvious choice, but with the solid track record of the Onimusha series would we have missed Jill Valentine?

Rival Schools has always been a game that never got showcased like most of the other fighting games. We have seen some of their characters in other fighting games, but we’ve never seen any females from the series. I almost went with Hinata but realized that Sakura is quite close.