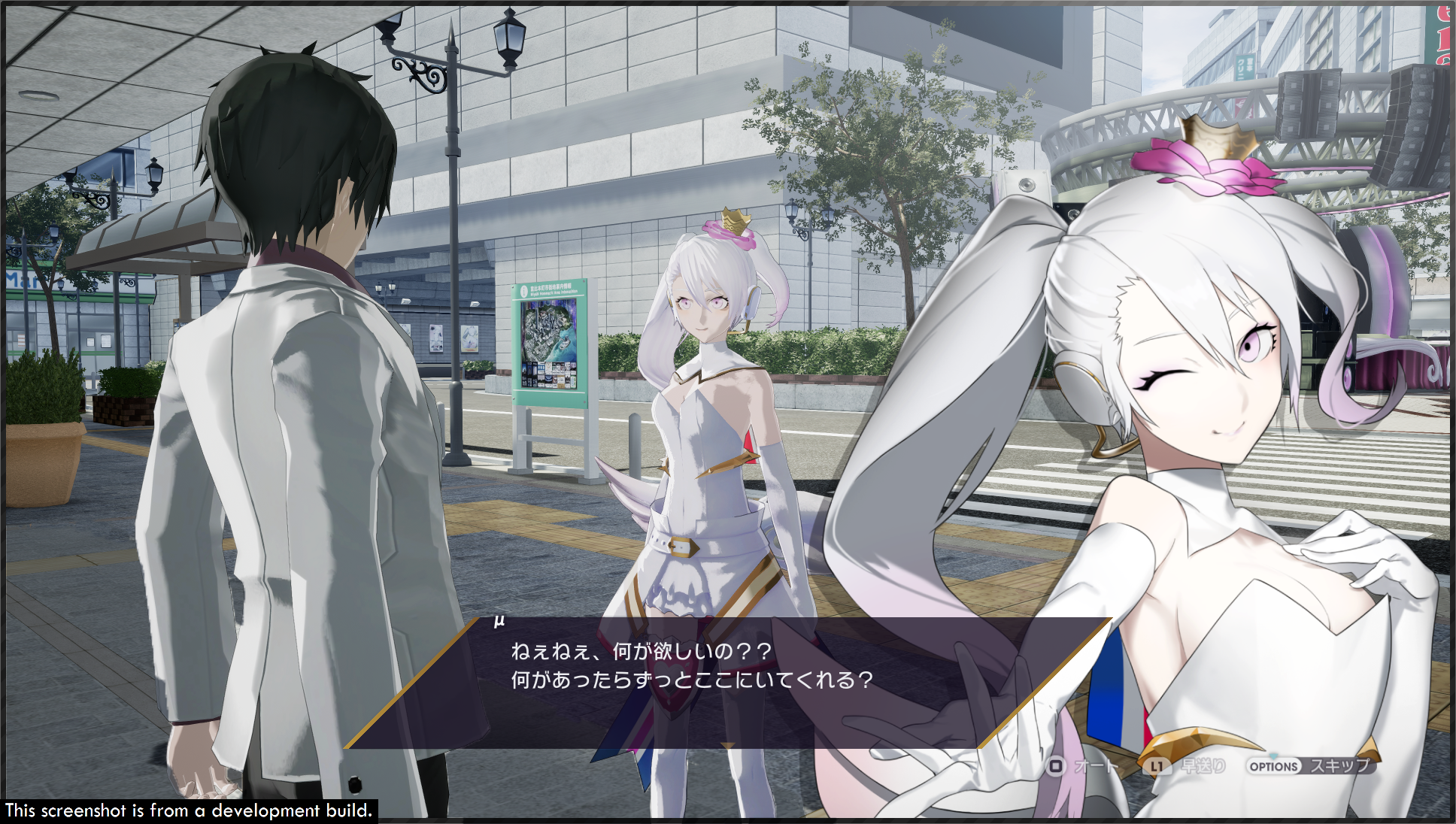 The World of Mobius

If you could enter a virtual world, devoid of misery and filled with comfort, would you take the chance? Be warned, however: things are not as idyllic as they seem in The Caligula Effect: Overdose! The game is coming to Nintendo Switch, PS4, and Steam in 2019! Step into this world to meet the new additions to the cast and learn more about your fellow students!

Ayana Amamoto and Eiji Biwasaka are two new members of the Go-Home Club, a group dedicated to leaving Mobius and returning to reality. Ayana, a second-year student, detests men and cannot be near them. Eiji is a third-year upperclassman with a penchant for business.

The Ostinato Musicians—μ's composers—see Stork and Kuchinashi joining their ranks. Stork is an odd individual who loves peeping on women and has the power of mimicry. Kuchinashi is calm and doesn't have much to say, relying instead on the gas mask-like device covering her mouth.

With revamped visuals, new endings, and double the story content break free from the false paradise of Mobius in The Caligula Effect: Overdose, coming 2019 for Nintendo Switch, PS4, and Steam!