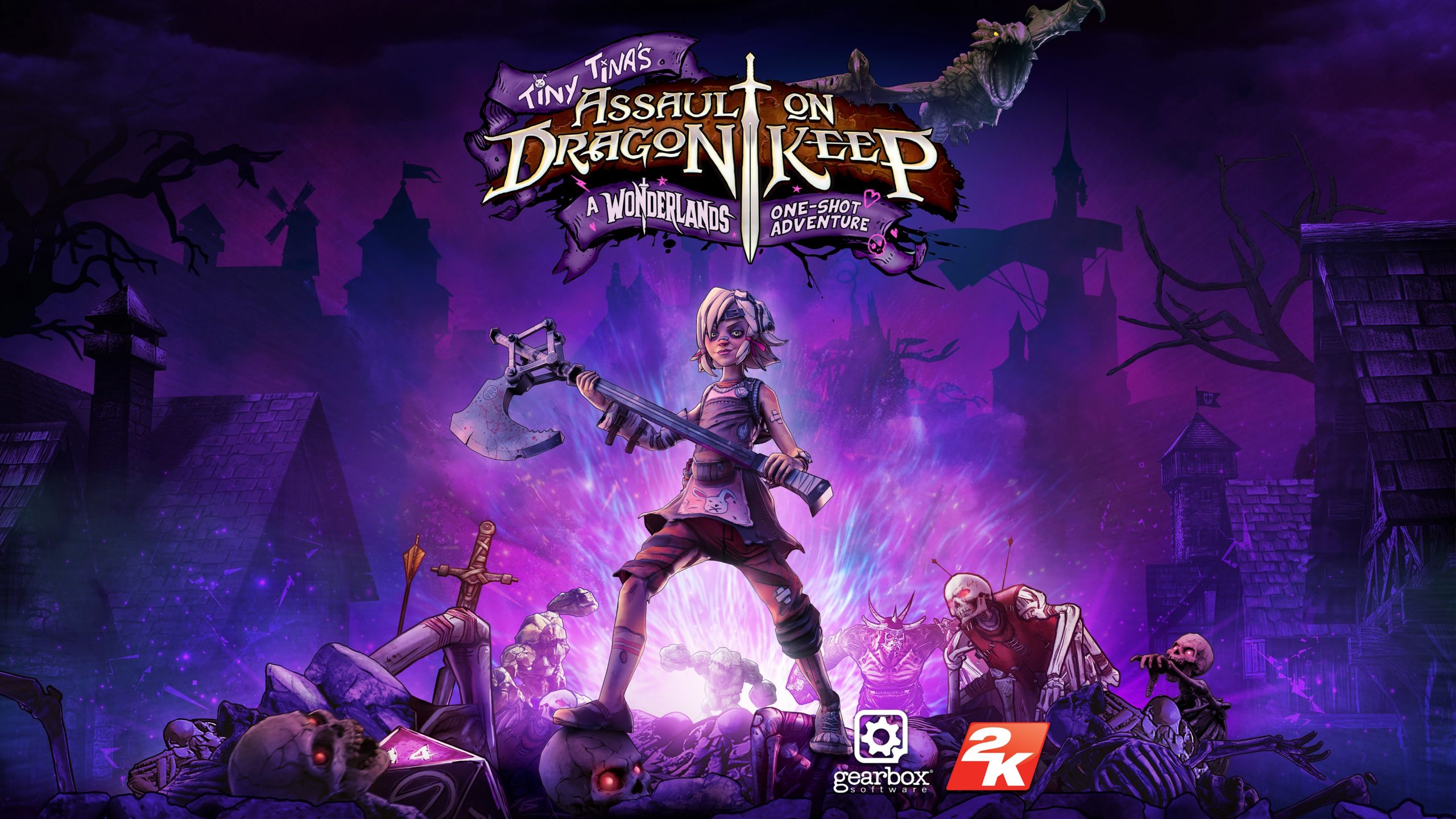 Tiny Tina's Wonderlands will not launch until next year, but 2K has your November fix! Gearbox Software announced the release of Tiny Tina’s Assault on Dragon Keep: A Wonderlands One-Shot Adventure. The fan-favorite 2013 quest is now available as a standalone purchase on PlayStation, Xbox, Steam, and the Epic Games Store. The regular price is $9.99 but EGS players can add it for free until November 16th.

The upcoming Tiny Tina's Wonderlands grew out of a Borderlands 2 DLC. This story can now be played as a standalone adventure. The ever-popular Tiny Tina takes on the role of Bunker Master in a thrilling game of “Bunkers and Badasses.” Players can join her in a world born from her imagination. Embark on a quest of revenge and redemption. Dive into dynamic and fantastical settings filled with castles, dungeons, and magic forests.