Sony just wrapped up its e3 2017 presentation. ou knew that it was going to have some heavy hitters when they started the show with Uncharted: The Lost Legacy. The moment I saw that all too familiar Guerrilla Games logo, I knew the rumors were true. In March, the developer was looking for animators skilled in animal movement. Now we know that was to work on Horizon Zero Dawn: The Frozen Wilds. I am going to take a closer look at the trailer and see what we can learn. 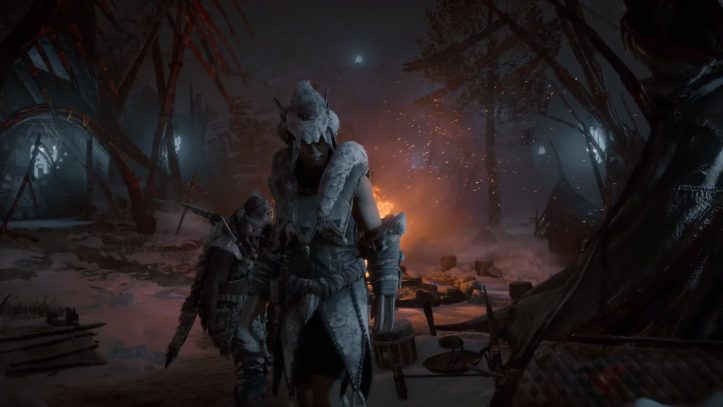 I will try to keep game spoilers light as this game has only been out since the end of February.

The first thing the trailer seems to tell is that Horizon Zero Dawn: The Frozen Wilds takes place in Banuk territory. The very title “The Frozen Wilds,” the Banuk symbol and the elder telling her people come here for the thrill of the hunt are dead giveaways. Aloy was always told that the Banuk come from the far north, beyond the borders of the Nora sacred lands. She even discovers a small Banuk village at one of the northernmost points of the game's map. 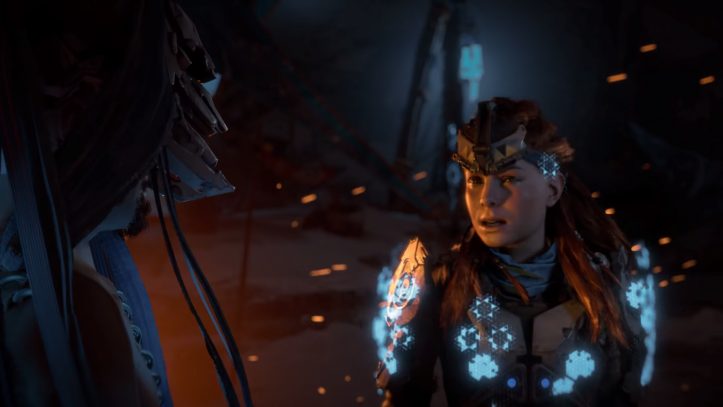 The next thing of note is that the Banuk lands are dangerous. One Banuk told her in the main game that the Nora lands are “peaceful” compared to his home. A place where Thunderjaw literally stomp people flat is peaceful to him. You can immediately see that in the trailer she is wearing her Shield Weaver armor. That could indicate there are fewer places to hide, but it definitely means there are serious threats in the area.

This DLC is going to have at least a few new animal mechs in it. In the above still, the hunters are chased and slaughtered by an unidentified machine. It looks to be about the size of a Sawtooth or Ravager, but it moves more like a Grizzly Bear. Couple that with a Tweet in April from Guerrilla:

We're looking for an experienced individual in rigging and skinning humanoid and non-humanoid characters to join us. https://t.co/C3oRjtF6Ug

For good measure let's throw in what the Banuk Elder said to Aloy when she said she was headed to the mountain:

“Then you must face the beast that guards it.“

That line was followed by a roar that everything in the valley took notice of – including the Thunderjaw. The re is something really nasty near that mountain. This means there is probably at least one cauldron and potentially a piece of Gaia Prime in the mountain. 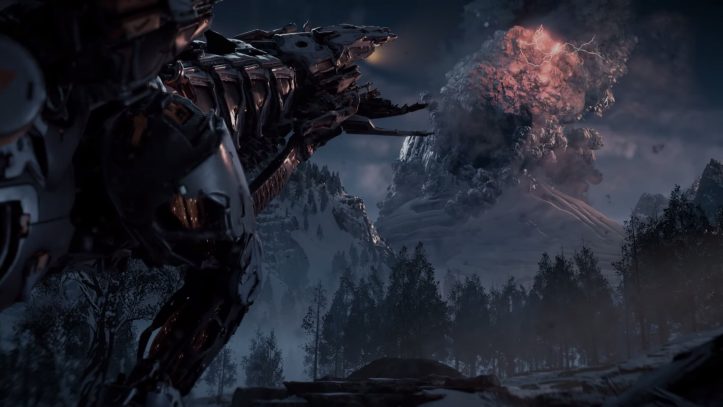 The last thing I can presumably pull from this trailer is that Horizon Zero Dawn: The Frozen Wilds could be implementing environmental dangers. Everything points to the active volcano in the trailer so that has to be the mountain Aloy needs to go to. We see geysers and hot spring oases in this otherwise frozen valley.

Machines may not be the only reason she needs to wear her Shield Weaver armor. There look to be pockets of intense heat in the area. That ash cloud could be a threat and where there is that much ash, lava cannot be far behind. 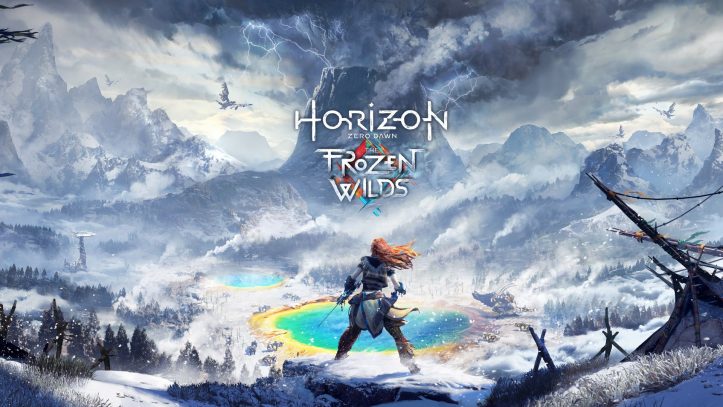 Everything is speculation at this time, but one thing we know for sure is that Horizon Zero Dawn: The Frozen Wilds will be out later this year. We will not have to speculate for very long and you will definitely be able to see the DLC played if you stay tuned to R.A.G.E. Works!