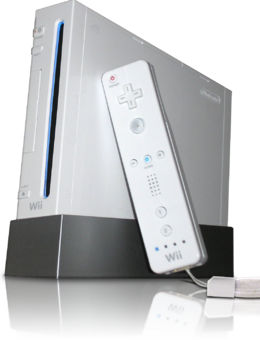 Nintendo brought technology,innovation and fun into one neat little package in November of 2006 and have changed the way games are played. With it’s intuitive interface and simplistic game play the Wii captured new demographics of casual gamers and made believers out of the so called hardcore gamers with fun first and third party titles. I initially was not sold on the Wii and it’s kiddie graphics but like many I was swayed by Wii sports and soon I too owned Nintendo’s newest console.

I have owned nearly every Nintendo home system and it has been a staple in my family since the days of cleaning cartridges with cotton swabs and alcohol were the norm. I had high hopes for the Wii but along the way something odd happened. Nintendo dropped the ball and the hard to find console soon became the one most readily available. Once the buzz died down Nintendo went back to the drawing board and created Wii fit which helped move more units along with a new motion control add on as well. Nintendo was back in the game and was selling systems like hotcakes. 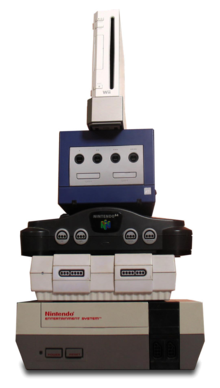 Recently though it seems Nintendo has applied all their creative energies into promoting the DS platform which while innovative in it’s own right, holds a large chunk of portable gaming at it’s mercy and the Wii seems to have floundered. With limited first party offerings and barely any third party games of note it seems the big “N” has lost touch with console owners resulting in a 21% drop in sales for the Wii. Now don’t get me wrong Nintendo has still had great sales but their “skirt” is showing and the allure and cuteness of the Wii is wearing things.

As a gamer it saddens me to see Nintendo not putting the Wii front and center given its dominating position in the home console wars. Nintendo has the tech, franchises and talent to make great games whether they are 1st or 3rd party offerings. Let’s break down the right,wrong and ridiculous things Nintendo has done with the Wii

In no way am I shitting on the Wii but I am disappointed in the fact that Nintendo is not really trying to compete.Sure, Microsoft and Sony are copying Nintendo but they are also righting the many wrongs that Nintendo has. I hope Nintendo realizes that it has had such a huge impact on gaming and created a new fun and physically interactive medium but without proper support all those innovations will be for nothing.

What are your thoughts on the Wii and do you see Nintendo dominating the home console market once more?