Give This Guardians of the Galaxy Action Figure Set A Home 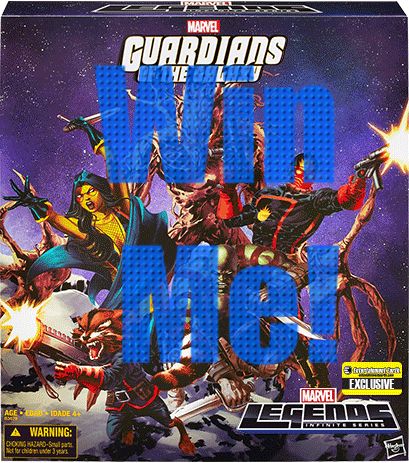 The Guardians of the Galaxy animated series debuts on Disney XD later this month (September 26th to be exact) and to mark the debut, we have once again partnered with our friends at Entertainment Earth to give one lucky RAGE Works fan an awesome Marvel Legends Guardians of the Galaxy action figure set. This set is available exclusively through Entertainment Earth and retails for $120.

How can you win this kick-ass box set? Well, we are giving you four different chances to win so here are the rules:

You can enter all four ways and one lucky person will be chosen at random from all the entries to win the box set. Contest begins on Thursday, September 3rd and will end at  12:01 am on Thursday, September 24th. The winner will be announced on air during our live My Take Radio broadcast on 9/24 at 11 pm ET and via all of our social media accounts shortly thereafter. The winner must forward us their address within 48 hours of the on-air winner announcement.