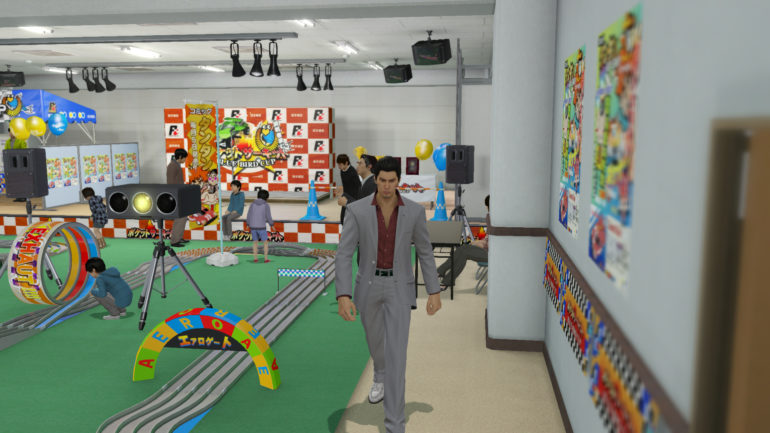 We are now twenty-seven days away from the launch of Yakuza Kiwami. If you are not yet familiar with the Dragon of Dojima, let me put it this way: Trevor Phillips would back down. Trevor might stomp a guy to death til his brains are stuck to his boots. Kazuma Kiryu wouldn't stain his shoes with your blood. Instead he would pick up a motorcycle and beat you to death with that!

If that is not bad ass enough, Majima (pictured above) was the Japanese version of Trevor before Trevor was even conceptualized. The Yakuza series is an experience for gamers that love action and weirdness; now SEGA wants to reward anyone that gets in on it!

Kazuma Kiryu will be receiving four free DLC packs throughout September. Included will be outfits, recovery items and more! Did we mention that this is all free with the game? The DLC will automatically patch into the game when available and can be obtained from Bob Utsunomiya, the clown located underneath the Tenkaichi Street Gate.
SEGA even gave us a complete list of what to expect and when we can get it:

Add that to the already impressive list of features included in the game:

Yakuza kiwami comes exclusively to PlayStation 4 in the Americas and Europe on August 29, 2017. Get yours here in the US for $29.99, including a steelbox game case 9while supplies last).