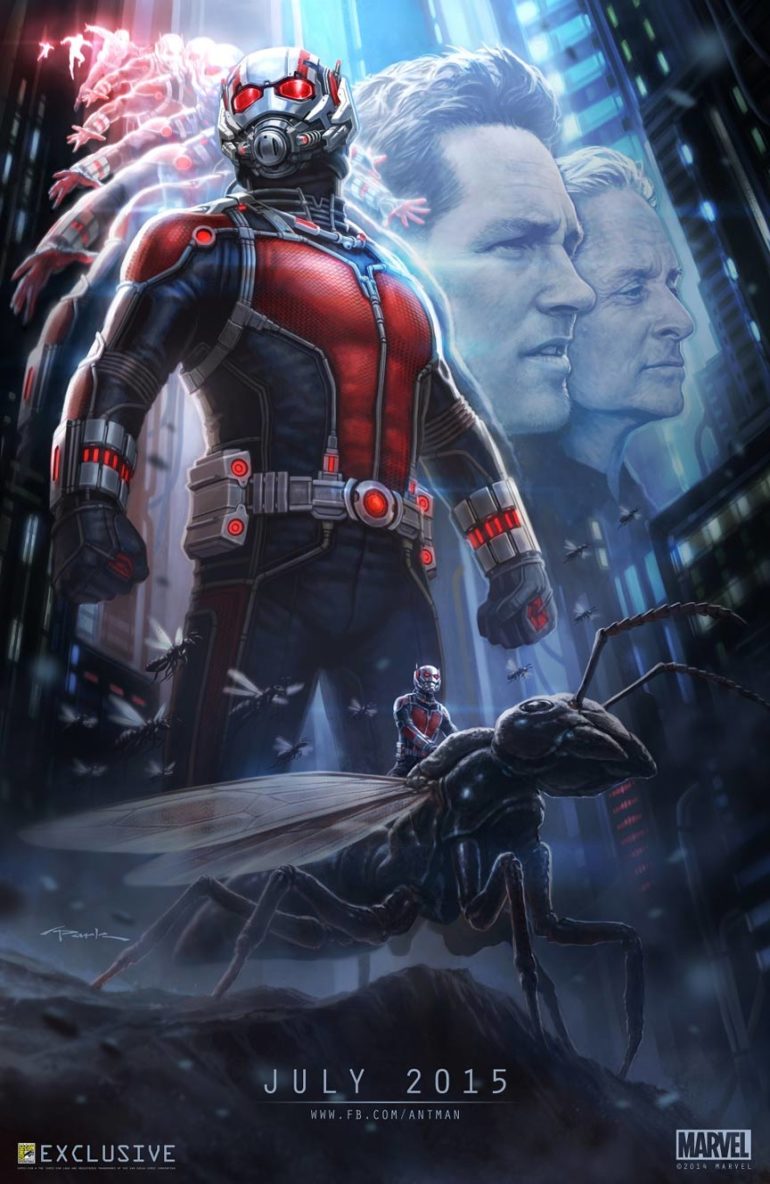 [toggles] [toggle title=”Plot Synopsis”]The next evolution of the Marvel Cinematic Universe brings a founding member of The Avengers to the big screen for the first time with Marvel Studios Ant-Man when master thief Scott Lang must embrace his inner-hero and help his mentor, Dr. Hank Pym, protect the secret behind his spectacular Ant-Man suit from a new generation of towering threats.-via Trailer Addict[/toggle] [/toggles]

As the Ant-Man film took shape and more and more information came out I'll admit I felt less like the film would suck and more like it deserved a chance much like Guardians did. This new trailer not only shows us a lot of Ant-Man's powers from the comics but does so in a way that doesn't look cheesy or lame. While it is too early to see if this film will be another Marvel Studios classic I'll admit I like what I see so far. What did you guys think of the new trailer?

Trailer for Ant-Man on TrailerAddict.