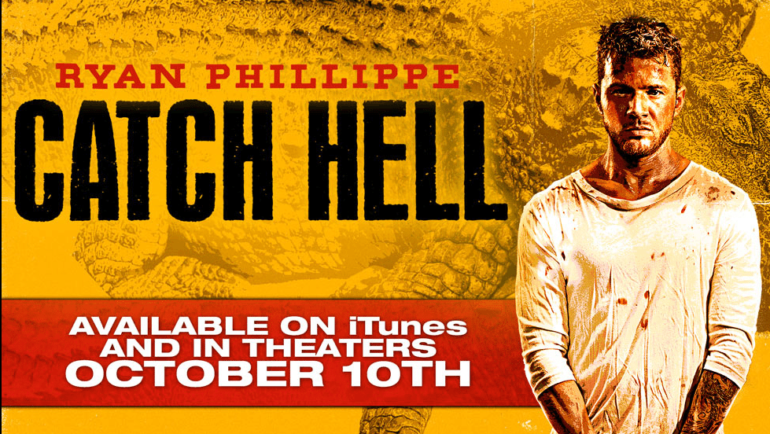 [tabs style=”nav-tabs”] [tab title=”Plot Synopsis”]Former Hollywood star Reagan Pearce is kidnapped by two men connected to his past while on location in Louisiana. When he wakes up bound and chained in a rundown shack, he soon discovers the real motives of his captors and finds himself in the middle of a twisted scheme with little chance to survive. With no rescue in sight, Reagan must use every ounce of strength he has left to break free and get his revenge. via: Trailer Addict [/tab] [/tabs]

It has definitely been a while since I've Ryan Phillippe on screen and he's back on screen with pretty twisted story. While it does have shades of Misery it genuinely does not look terrible and might be worth checking out. Phillippe is wearing many hats for this film as he not only stars in the film but produced and directed it as well.

Trailer for Catch Hell on TrailerAddict.