RW Review: Guardians of the Galaxy 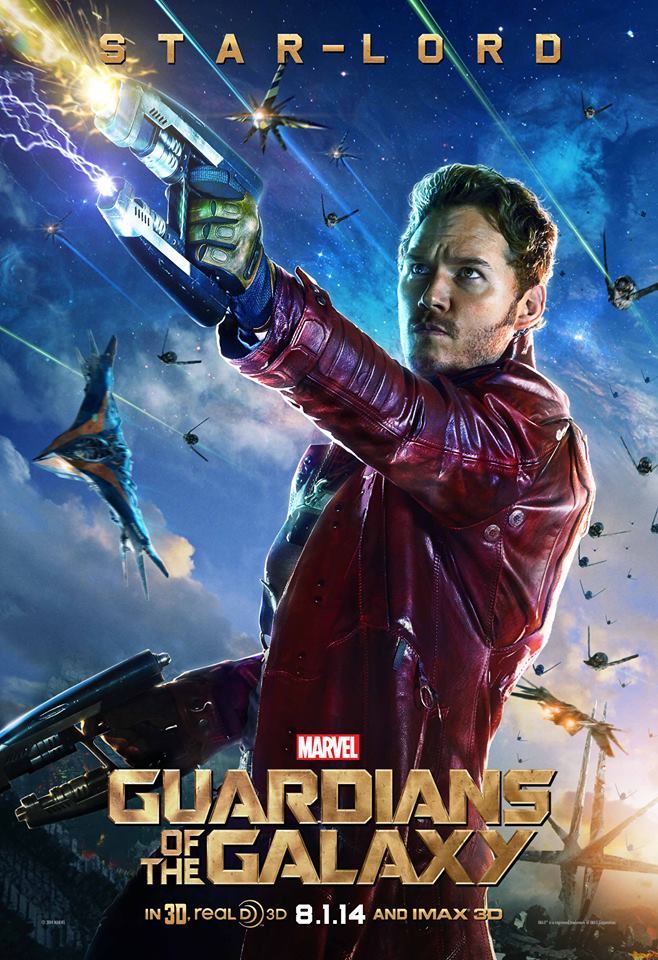 Light years from Earth, 26 years after being abducted, Peter Quill finds himself the prime target of a manhunt after discovering an orb wanted by Ronan the Accuser. via IMDB

Extended Trailer for Guardians of the Galaxy on TrailerAddict.

As a long time comic fan, I was familiar with the individual members of the Guardians of the Galaxy but never really went out of my way to read the group book. When the film was initially announced I went and got some books to reacquaint myself with the characters and as the film got closer and I read more, I was genuinely excited to see if Marvel could bring their cosmic universe to the big screen as effectively as they had done with their previous properties. James Gunn truly had an uphill battle as this was a new franchise with unproven characters and a different side of the traditional Marvel storytelling. Gunn not only told an amazing story, but also brought out some tremendous acting out his leads. Chris Pratt went from lovable oaf to chiseled “hero” and did not lose his comedic edge one bit. He displayed tremendous chemistry and it seems like he genuinely had fun bringing Star Lord to life. Zoe Saldana's portrayal as Gamora started a bit slow to establish her origins, but once the second act came around she too was displaying amazing on-screen chemistry with her co-stars and her fight scenes were well choreographed. The film was stolen though by a talking raccoon and a talking tree who not only displayed excellent comedic timing but brought some amazing emotion to the screen. Who would have thought that Bradley Cooper could make a talking raccoon engaging and entertaining without look hokey or crappy? Rocket's exchanges with Star Lord and Groot made everyone in the theater chuckle. Vin Diesel's portrayal of Groot, although limited to the line “I am Groot“, used pure emotion and mannerisms to tell his story and it was truly another high point. Now let's talk about Batista, who I felt was going to be low point of the film. However, I was wrong because he really stepped up and gave Drax some real character (which considering how wooden we feel Batista is on WWE programming, this was a welcome change) and showed that he is more then a lame henchman or a cable movie cast off.

I cannot leave off Lee Pace‘s work as Ronan the Accuser as he truly brought some old fashioned sci-fi malevolence to the big screen. His exchanges with Thanos were  filled with emotion and when the film was coming into its final act we really saw how badass Ronan could be. I can't leave out Karen Gillian‘s performance as Nebula because it another high point in a long list of great acting.

Another scene stealer was Michael Rooker as Yondu (or as we jokingly referred to him Space Merle). Rooker has always been exemplary as a secondary and tertiary characters and his work in Guardians of the Galaxy was no different. Rooker resume memorable characters continues to grow and I am certain we haven't seen the last of Yondu.

It should come as no shock that the special effects in the film were out of this world (no pun intended)! I had the chance to see the film in IMAX 3D and the colors were vibrant and the 3D was top notch. There was no better use of 3D then the scenes with Groot later in the film. They made me glad to have spent the $20 because it truly is the best way to experience the film.

Lastly, I need to address the soundtrack which truly made the film shine even more. When people are singing the songs after the film and talking about memories that the songs bring back you know it delivered the goods. The amount of memorable music in the film is a testament to what a good director can accomplish when he gets some freedom to bring a universe to life.

Do not let your unfamiliarity with the characters dissuade you from seeing what many are saying is Marvel's greatest film. Buy your ticket and get ready to laugh, dance in your seats and even shed a tear or two and experience a truly fun film. Welcome to the Marvel cosmic universe folks! Strap yourselves in because it can only get better.