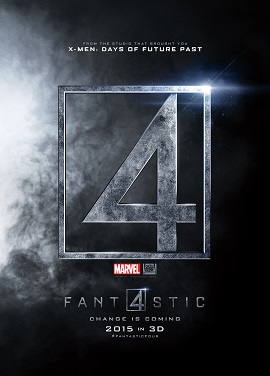 [toggles] [toggle title=”Plot Synopsis”]Four young scientists achieve superhuman abilities through a teleportation experiment gone haywire. They must now use these abilities to save the world from an uprising tyrant.-via IMDB[/toggle] [/toggles]

The Ultimate Fantastic Four origin undertones are definitely there for all the characters, but my main gripe is really with Dr. Doom and his poor translation to the big screen. I really would like to see Dr. Doom get the iconic look from the books on film.If Marvel Studios can bring so many of its iconic characters to life while remaining close to their comic counterparts I cannot understand why Fox and the teams involved in bringing these films to life still struggle in pulling this off.  I am willing to give Josh Trank a chance just to see if the film is at least decent. While I remain cautiously optimistic I know many diehard fans will probably skip it due to the drastic changes. Check out the new trailer and let me know what you think,

Trailer for Fantastic Four on TrailerAddict.