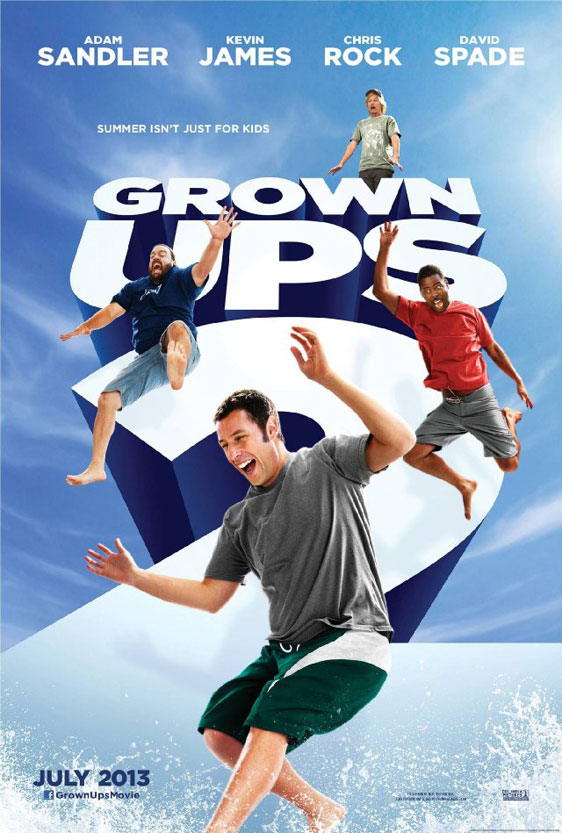 When the first Grown Ups film came out I felt it was just Sandler getting his friends an easy payday with some safe family friendly comedy. $162 million dollars later it looks like people ate it up and he succeeded. Gone are the days of Happy Gilmore and The Waterboy as Sandler continues to rely on easy gags at the box office. I personally did not hate the first film but I felt it was a far departure from the comedy that made Sandler great. Chris Rock makes some easy money too but Rock still goes on tour and kills it with his stand up. Will you guys be checking out Grown Ups 2?