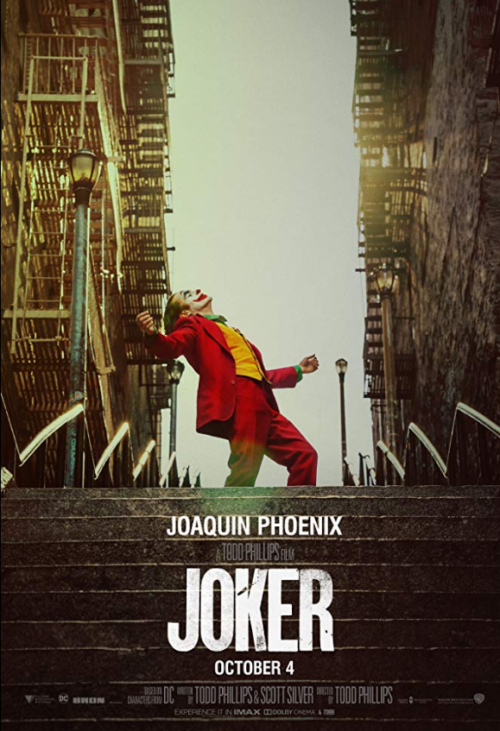 The Clown Prince of Crime makes his grand entrance in the final trailer for Joker.

Plot Synopsis: An original standalone origin story of the iconic villain not seen before on the big screen, it's a gritty character study of Arthur Fleck, a man disregarded by society, and a broader cautionary tale.-via IMDB

1st Impression: Warner Bros. released the “final” trailer for Todd Philips standalone Joker film and while I still have mixed feelings on the overall film I am definitely impressed with the approach Joaquin Phoenix is bringing to the character. While Arthur Fleck is a tortured and sad individual his journey to becoming the Joker looks compelling although a far departure from origin comic fans know. Critics seem to be digging the film at festivals and while the Taxi Driver vibe may be off-putting for some I think the grit works for this particular story. It'll be interesting to see how die-hard comic book fans feel about the film when it arrives in October

Personally, the film has piqued my interest and I would like to see if this approach works for standalone DC Comics films. Removing the tether to Batman can either be really good or really bad.

What did you think of the final trailer? Will be checking out the Joker? Sound off in the comments.