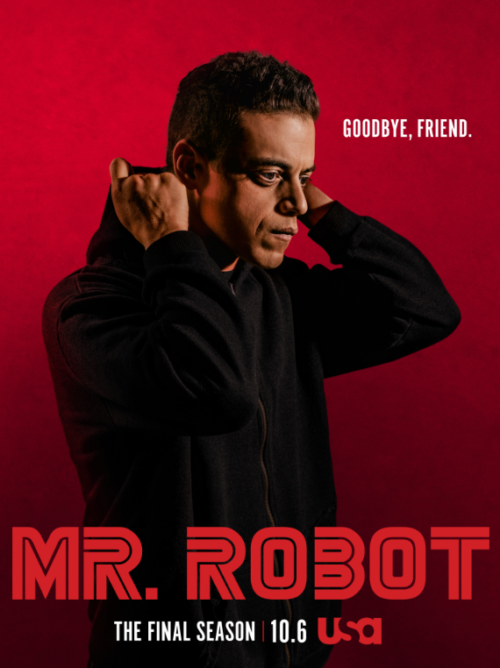 Mr. Robot returns this fall and Elliot's life continues to spiral out of control.

Plot Synopsis: Elliot, a brilliant but highly unstable young cyber-security engineer and vigilante hacker, becomes a key figure in a complex game of global dominance when he and his shadowy allies try to take down the corrupt corporation he works for.

1st Impression: Elliot and Mr. Robot's journey has taken a lot of twists over the last four seasons and just when you think you have the show figured out it turns the entire plot in a completely new direction and raises a ton of new questions for viewers to figure out.

When the series started Elliot was using his hacking abilities for somewhat noble ends but as the series progressed all his good deeds spiraled into some dark places and corrupted all those closest to him including his sister Darlene (Carly Chaikin) and his best friend Angela (Portia Doubleday) As the series approaches its end I can expect things are only going to get crazier for Elliot and Mr. Robot.

The trailer shows that its the holiday season and I'm curious to see what gifts Whiterose (BD Wong) and E Corp have for Elliot and Mr. Robot

Have you been watching Mr. Robot? What have you thought of the series thus far? Let us know in the comments.