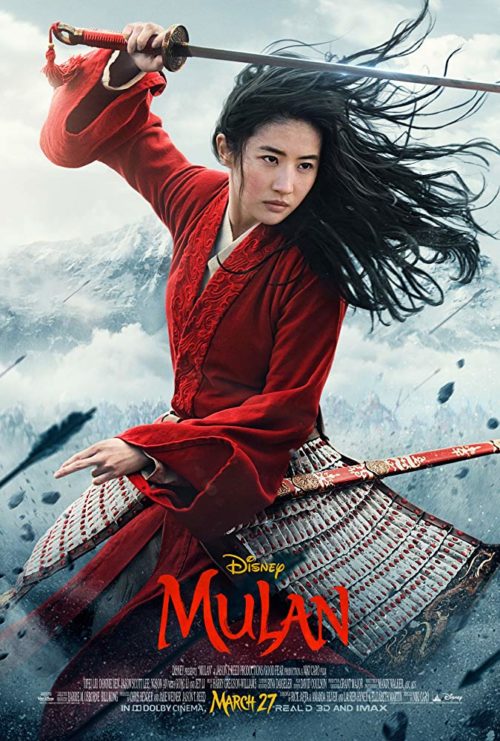 Plot Synopsis: A young Chinese maiden disguises herself as a male warrior to save her father. -via IMDB

1st Impression: While the animated Mulan film was not one of my Disney favorites, I have been following the live-action film's development closely and have been nothing but impressed with the cinematography and choreography on display in this trailer as well as the previous one. I would have loved to have seen this film in IMAX, but sadly that will not be the case. Nonetheless, the film looks great, and I can't wait to see it in a few weeks.

My Take: After numerous postponements due to the COVID-19 pandemic, Disney has decided to release Mulan on their Disney+ streaming service instead of waiting for theaters to re-open.

To celebrate the film's arrival on the streaming service, Disney dropped a brand new action-heavy trailer to get fans excited for the live-action feature's arrival on Disney+ on September 4th. Mulan will still be released internationally in theaters, but US fans will be able to enjoy the film in the comfort of their own home for $30 via Disney's new Disney+ with Premier Access.
Disney has confirmed via a statement to The Verge that the $30 price tag will not be a rental price but a purchase price where subscribers will own the film as long they remain a Disney+ subscriber. While many Marvel fans are hoping to see Black Widow get the same treatment, Disney is standing their ground on this being a one time deal. Given the current economic climate and the concerns of theatergoers, I would not be shocked if Black Widow heads to Disney+ as well.

As someone who went to the movies on opening day, I have no issues with the $30 price tag since my wife, and I would spend at least $50 to see a film between admission and concessions and now with a little one it would be at least $75. The fact that you “own” the film is great, and I am glad Disney cleared that up as many people were not comfortable laying out that money to watch the movie once for what is essentially the price of the film on Blu-ray. It is an interesting concern as we pay more to watch a film once now. Of course, you're paying for the experience, which is a big part of the moviegoing experience.

What do you think of the latest Mulan trailer and will be spending the $30 to watch the film? Will Black Widow be the next film to debut on the Disney+ Premier Access tier? Let us know what you think in the comments.