1st Impression: The Man With The Iron Fists [Red Band] 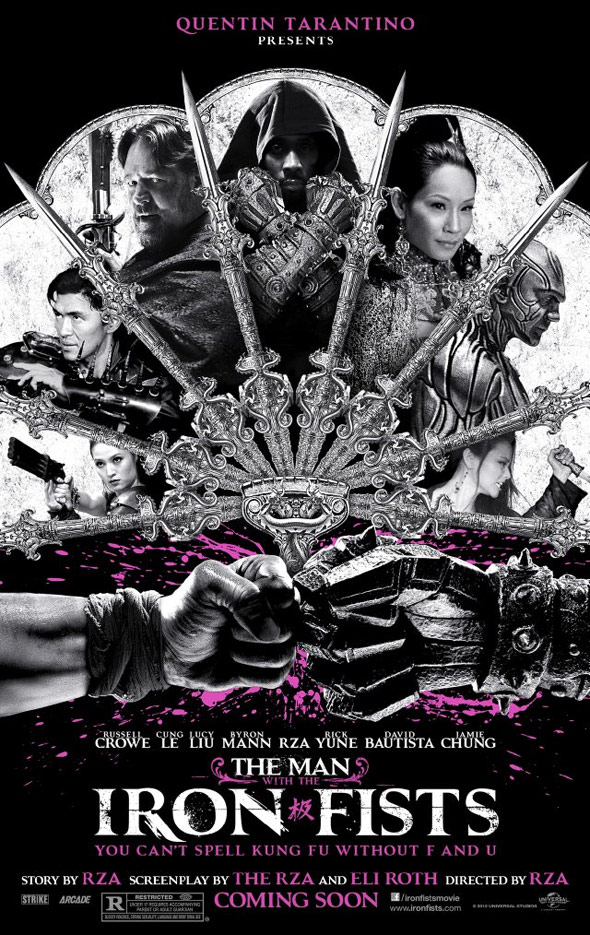 Growing up in the 80’s many will remember kung fu films shown every Sunday on FOX5. Some of the greatest films came from the Shaw Brothers and are staples not only in countless collections but also became referenced in countless songs from various hip-hop artists but no artist embraced martial arts films more than the Wu-Tang Clan. Wu-Tang Clan’s RZA takes his love of martial arts films to a new level with his vision of  the genre we all grew up with. Besides directing The Man With The Iron Fists  we will also being seeing him in front of the camera in a starring role alongside some familiar Hollywood faces including Russell Crowe and Lucy Liu. RZA looks to bring a bit of new school style to a classic genre. I am extremely pumped for this film and seeing heavy hitters like Eli Roth and Quentin Tarantino endorsing this film shows that martial arts films  still carry weight in Hollywood. Who’s pumped for this film?