My Take On: Prometheus 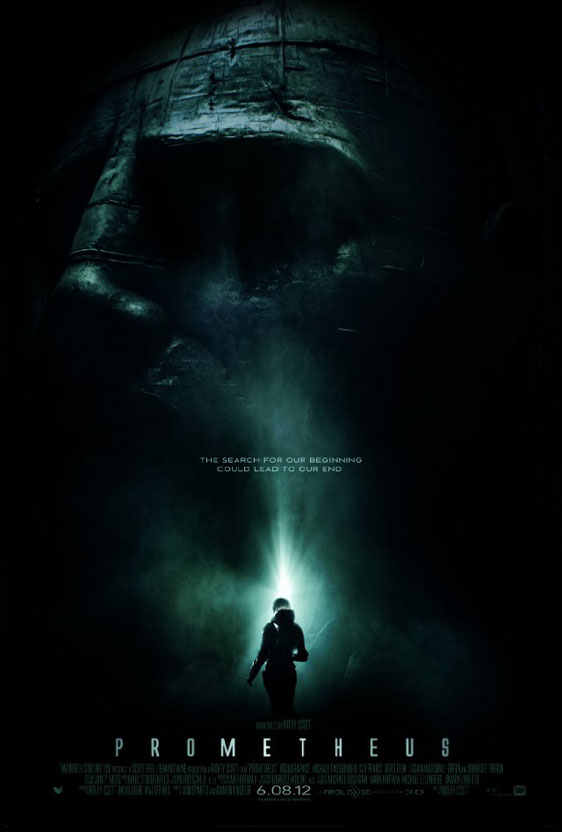 A group of explorers financed by the Weyland Corporation embark on a journey to discover the origins of mankind on Earth.  After traveling through deep space they arrive at a planet that holds the secrets they have been searching for, but to unlock those secrets it is going to cost them.

I added this particular scene because it was a prime example of great cinematography. When this film arrives on Blu-ray it is sure to make a great show-off disc when testing a home theater system.

Another excellent example of awesome special effects used in this film:

When I first heard about Prometheus, I felt it was honestly going to suck based on the fact that they were tampering with the already established Alien universe. I am pleased to say that I was wrong in thinking that. Ridley Scott kept the universe created in the Alien films intact and used Prometheus to expand on the origins of that universe with great success. Now I am sure you are all curious as to whether or not it’s a direct Alien tie-in . I can say that there are a lot of acknowledgements displayed throughout the film and I’ll leave it at that. One of the key things that made this movie work in my opinion besides the well-crafted story was the work put in by many of the actors involved. The best performance was delivered by Michael Fassbender in his role as the android David. Fassbender continued the long-standing tradition of “androids with agendas” established by Scott in his previous films. David, while just an android, delivered not only great scenes but served as a catalyst for many of the things that happened throughout later portions of the film. Noomi Rapace was solid in her role as Shaw and had great chemistry with Idris Elba and Michael Fassbender. I do feel that Charlize Theron’s Meredith Vickers was really a throwaway character, only because her presence neither added nor detracted from the film. There is a part of me that thinks that her role was increased to ensure a mainstream name was attached to the film. On a separate note, I will say that the beginning of the film did pace itself a bit slower than I would have liked, but once the explorers arrived on the planet the film picked up speed quite nicely.

As a long time Alien fan I needed to see this film. That statement does not mean that you need to see the other Alien films to enjoy it . On the contrary, Ridley Scott delivered an excellent science-fiction film that can stand on its own and does not need the Alien franchise to get over with moviegoers. I personally recommend you guys check it out if you are a sci-fi fan. For fans of the Aliens film series, all I have to say is “Big things have small beginnings”.