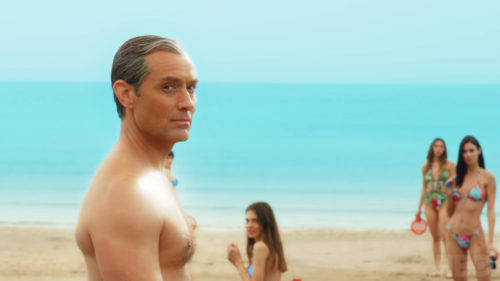 Jude Law is back as Lenny Belardo aka The Young Pope for HBO's follow up aptly titled The New Pope.

Plot Synopsis: Paolo Sorrentino's follow up to the Young Pope continues to follow the journey of Lenny Belardo who became the first American pope and turned the entire catholic church on its head with his approach to the role.

1st Impression: When I first heard about Paolo Sorrentino's series The Young Pope I genuinely thought it was going to be a drama and a completely serious series. Damn was I wrong! The Young Pope was a unique and refreshing take on Catholicism and all the pomp and circumstance that surround the church. Jude Law's Belardo later dubbed Pius XIII was charismatic and charming but in way over his head. The comedic moments throughout the series came oftentimes from Jude Law which was surprising. Throwing in John Malkovich is definitely going to up the ante in the comedic intensity department.

The teaser trailer is about as ridiculous as you would expect and honestly, it's so stupid that it works. The New Pope does not have an air date but will be shown at the upcoming Venice Film Festival on September 1st. I am sure we'll see The New Pope on HBO in the fall or early winter. We'll what happens once Ballers concludes its final season as the time slot may work for The New Pope.

If you haven't seen The Young Pope I can't recommend it enough just because of how well it excels at not taking itself seriously. Give it a shot.