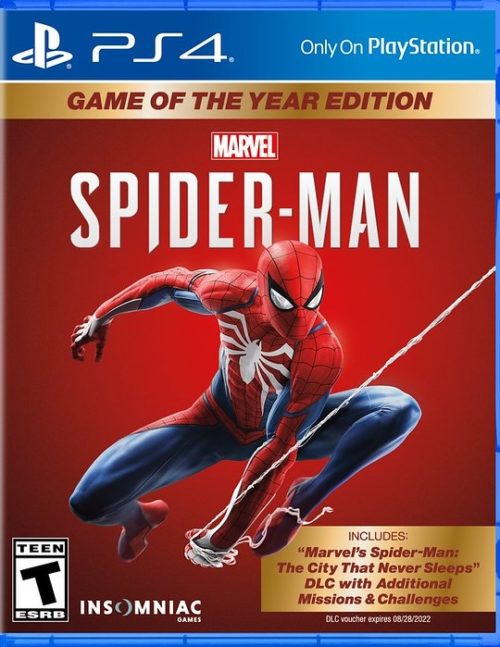 Marvel's Spider-Man is without a doubt of the best games on the PlayStation 4 and if you're a comic book fan you'll appreciate how much fan service the game has. The game's longevity was extended thanks to three DLC chapters that comprised The City That Never Sleeps DLC that you either bought as a season pass or bought individually. Some fans opted to skip the additional episodes either because they didn't want to pay more for the DLC or were more than happy with just finishing the main campaign.

If you're interested in continuing your wall-crawling adventures for a bit longer or if you haven't played Marvel's Spider-Man then you're in luck as the game has received a game of the year edition that includes all the DLC and best of all the Game of the Year Edition is available for purchase right now.

If you want to pick up the Game of the Year Edition of Marvel's Spider-Man it'll cost you $39.99 regardless of whether you purchase it on the PlayStation Store or a brick and mortar store. If you still have the base game you can score The City That Never Sleeps DLC for $24.99

Will you be picking up the Game of the Year Edition or the marked down DLC? Let us know in the comments.