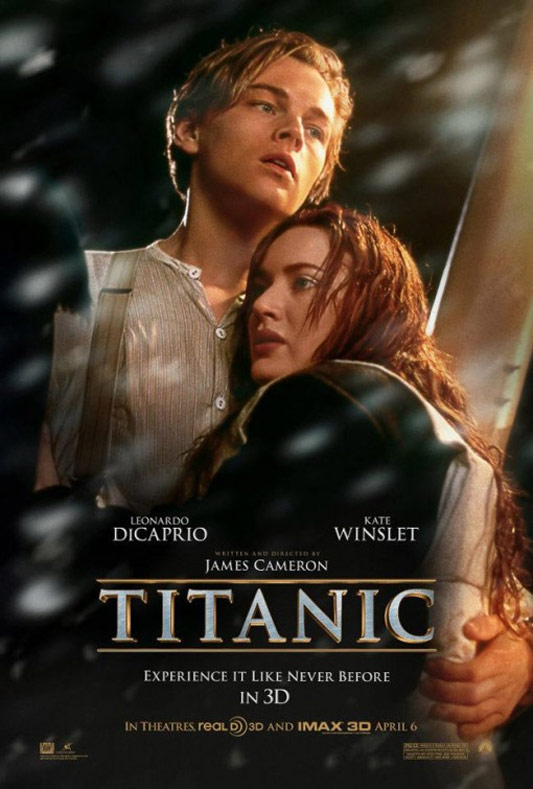 Just in case you hadn’t seen this when it came out in 1997  you now have the chance to add to the record breaking gross this movie had. After the success of the Lion King re-release in 3D and the soon to be re-released Star Wars saga it has become apparent that certain older films will be getting the 3D treatment. While I have my criticisms of 3D I know that a new generation will get the opportunity to enjoy these films. Considering the amazing 3D applied to Avatar I doubt James Cameron will re-release a poor 3D interpretation of one of his signature films.

Will 3D make a difference in a film like this? Will you go see it?