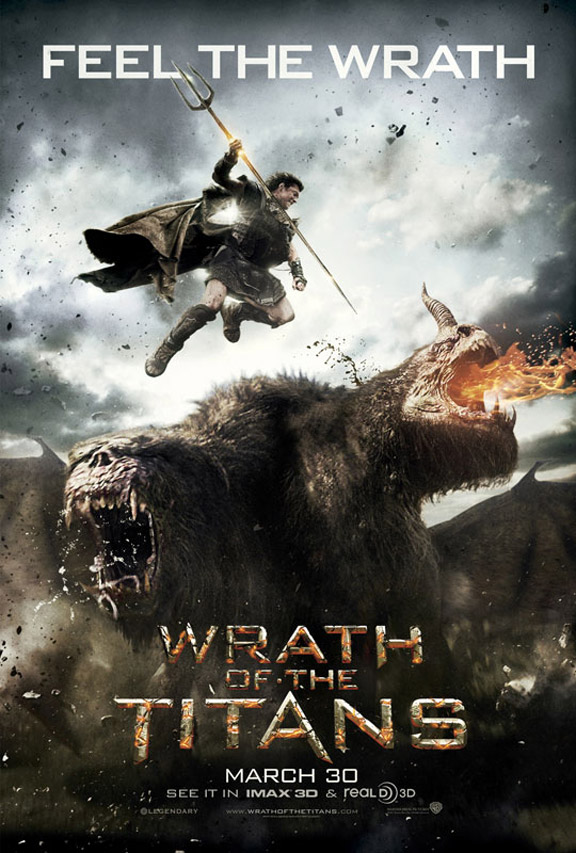 Wrath of The Titans continues the tale of the demi god Perseus as he strives to live a normal life and raise his 10-year old son, Helius. As we all know the gods don’t exactly hangout and do nothing so expect to Hades and all the usual suspects to make appearances in the film.  Hades will not be the only antagonist as the Titans will finally be appearing on screen led by Kronos father of Zeus,Hades and Poseidon.

Check out the new trailer courtesy of TrailerAddict.