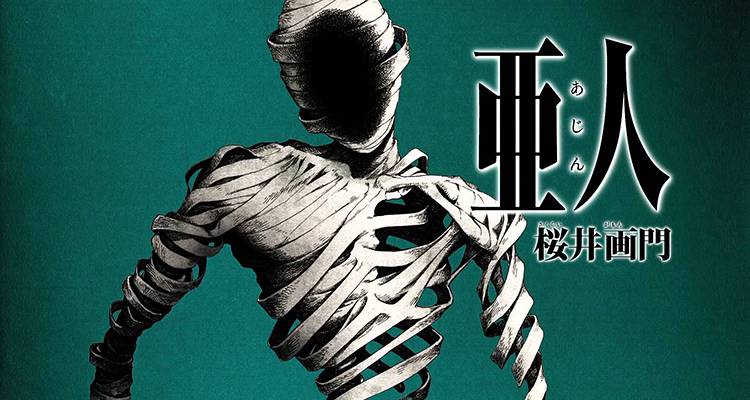 Today's installment of the 31 Days of Anime is mixes the supernatural into real world situations. It is surprising how many anime try to subtly delve into social issues like racism. In the series Ajin, we have people being treated like monsters just because they have abilities. The entire plot stems from a rare breed of human being treated like an animal.

Ajin are, for lack of a better definition, immortals. They are born and live just like normal people. There is no indication that you are one until the day that you find out. This discovery generally happens the day you die horribly. In the series we have seen people perforated with bullets; main character Kei Nagai found out after he was run over by a truck. Yet another boy found out after he lost his head and I do mean that literally. After an Ajin experiences death, a black “ghost” emerges from their body and the largest piece remaining is repaired completely. A living Ajin can also learn to use the black ghost offensively.

The governments of the world only barely acknowledge the existence of Ajin. The reason is that when one is discovered, whatever nation they reside in will capture and study them. The method of “study” employed is more like torture and tends to drive the subject insane. The only way to test an immortal is by constantly trying to kill them. Enter Satou, an older Ajin. I cannot even say that aside from his grey hair because no one knows how long Ajin live naturally. When Kei is captured, Satou frees him. A difference in opinion makes them enemies and Kei decides that Satou needs to be stopped. Satou has experience, numbers and a plan over Kei, but what does that matter when you cannot die, right?

Ajin is vicious, brutal and fantastic. It is one of the best anime of 2016 without doubt. If it were the only anime you watched this year, you would be missing out, but it would not be a terrible choice. Definitely hit your favorite stream site to check this one out.