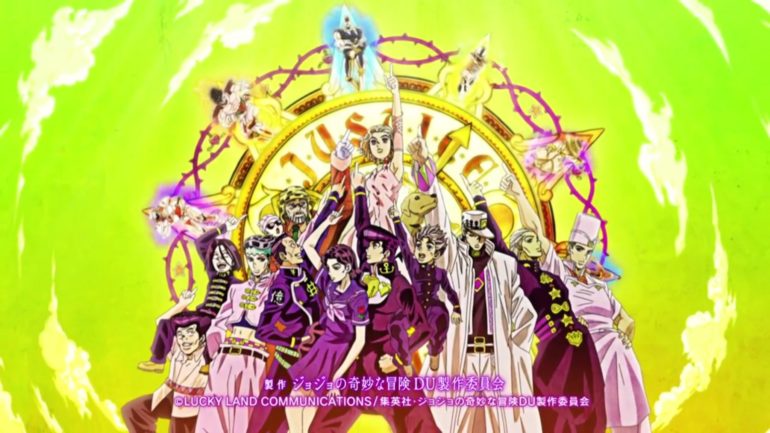 Maybe i am old fashioned; maybe this is just one of those “they don't make 'em like they used to” situations. For two days straight, the 31 Days of Anime will feature titles I consider to be amongst the greats of all time. Also, for two days straight, we see anime that either aired recently or (in this case) are still airing based upon manga from the eighties. 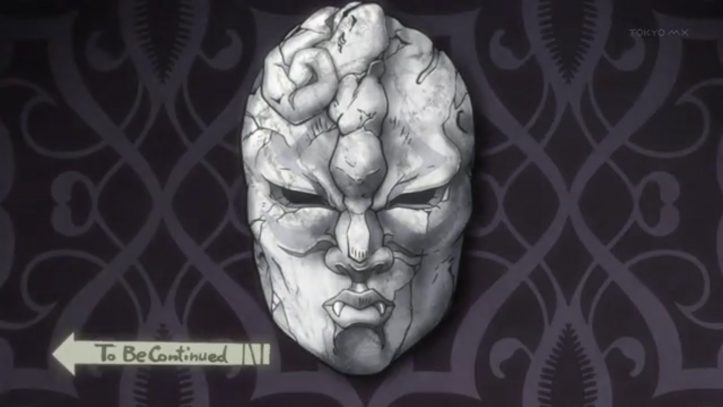 The lore behind JoJo KimyouNa Bouken (JoJo's Bizarre Adventure) actually begins before human history. That tale of the stone mask is told in the second story arc, but the “adventure” begins in 1868. A Nobleman by the name of George Joestar was travelling with his wife and newborn son Jonathan. An “accident” claims the life of his wife but his son survives. George feels indebted to the man who rescued them, one Dario Brando. Actually the criminal scumbag who caused the accident, George takes in Brando's son Dio when his father falls ill and passes.

Turns out that Dio is just as scheming and evil as his father. Not only does he plan to usurp Jonathan's inheritance but it was Dio himself that slowly poisoned his father and caused his demise. He attempted the same tactic on George but Jonathan discovered his treachery and exposed him. Just as Dio's plans had come crashing down around him, the mask intervened. Having tasted Dio's blood during a fight with Jonathan, it affixed to his face and turned him into a vampire. That moment would indirectly terrorize the Joestar bloodline for nearly one hundred years. This explanation only covers the first two of the current 110 aired episodes.

What makes this series so amazing? There really is no simple answer. You really have to see it for yourself. The entire series is overflowing with a ridiculous flamboyance that makes you initially say “what am I looking at?” and then you cannot stop watching. The good guys are cool because they never give up. The villains . . . the villains are truly amazing. The above video shows the opening sequences for Parts one through three. The final one depicts a conclusive battle between DIO and Jotaro Kujo, the great great grandson of Jonathan Joestar. First, think about that; how long DIO has terrorized this family. Secondly, watch the video from about 5:30 in. When have you ever seen a villain so evil he stops the opening theme (yes, DIO can stop time) to walk in and attack the hero? Craziness like that is commonplace for the entire series. 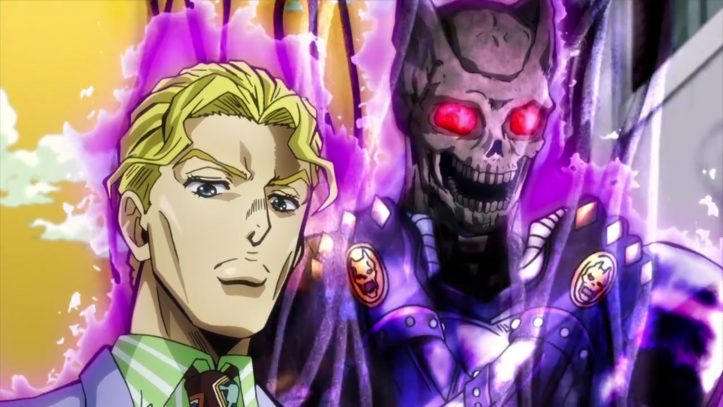 I am actually upset that this is taking so long to hit blu-ray. This is an adventure none should miss.