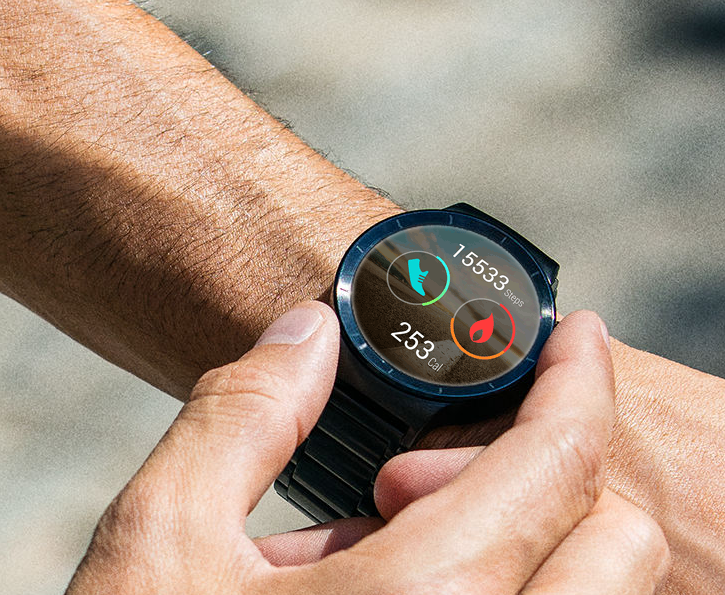 The Huawei Watch is the latest entry into the smartwatch market by Huawei.

The Huawei Watch is powered by Android Wear and delivers all the stat tracking and notifications functions you've come to expect, but unlike earlier Android Wear smart watches, the Huawei Watch can also be used with the iPhone, albeit in a limited capacity due to it having the latest version of smartwatch OS.

When it comes to design and battery life, I definitely felt that Huawei hit a home run, but the watch had some small flaws that need to be acknowledged. The first is the metal band which will need altering upon purchase if you have a smaller wrist. You will either need to acquire a band tool or head to your local watch repair shop to get it resized with an estimated $10-$15 cost. While the band issue was annoying, it was not as troublesome as was the clasp occasionally opening on its own. This is because the watch has two buttons on each side to disengage which if you bend your wrist will cause the band to open. The fact that it opened so easily was particularly troublesome since the watch could slip off unexpectedly. While the metal band added to the premium appeal, I feel the leather band is the better choice in this case. My second issue is with the charger, which I feel could be better in terms of connectivity to the watch. The pins in the charger go into the back of the watch, but if they don't make tight contact or connect just right the watch will not charge. On more than one occasion this happened to me, and while the fast charging of the watch offset it, I do feel a small dock like the one Motorola did with the Moto 360 would have worked better – plus it would have allowed you to see the time when necessary while docked.

While many will balk at the price of the Huawei Watch, I will be the first to say that its premium design justifies the +$300 price tag and helps it compete against the Apple Watch. Could it have been cheaper since it was a first-gen device? Of course, it could have, but the pros outweigh the cons and even if you were buying a nice regular watch you would still expect to pay a few hundred bucks depending on your taste. The design helps the watch blend in when worn with a suit or in a business setting.

Huawei made sure to add a lot of bells and whistles to make this watch your go-to device, including Jawbone support which is nice for step-tracking but useless when it comes to heart rate readings, which is something that most Android Wear units do not excel at.

The watch did lack an ambient light sensor so you will need to tweak your brightness settings accordingly. However, the AMOLED display is vibrant enough that you won't be tweaking it too much.

The Huawei Watch was a welcome addition to the smartwatch market by the upstart Chinese manufacturer. I was impressed with the premium construction, solid battery life and vibrant display. Huawei continues to impress and is slowly making a name for themselves here in the U.S. with their hardware offerings. They did a lot right with their first smart watch and I am sure this solid piece of hardware will continue to be fine-tuned with future versions. We can only hope that the improvements extend to a better clasp mechanism and better charging base.