A New Vision Of Halo Begins At Dark Horse This Summer

Halo returns to the comic realm courtesy of Dark Horse with the writing talents of Brian Reed.  Mr. Reed is well versed in the Halo universe since he wrote Halo 4. I am looking forward to seeing what stories can be told from the perspective of a female Spartan. Maybe we’ll see her in a future Halo game alongside Master Chief.

A NEW ERA OF HALO® COMICS BEGINS AT

One of the most iconic video game franchises in history comes to the number-one publisher of licensed comics!

CHICAGO, IL, APRIL 26–Dark Horse continues in the tradition of bringing only the biggest and best characters and story lines to comics with the announcement of the Halo: Initiation miniseries, launching in August! This exciting new miniseries will be written by Halo 4 writer and comics veteran Brian Reed, with art by Marco Castiello (Secret Invasion: Front Line, Star Wars: Purge)!

Before she was a supersoldier defending humanity as part of the Spartan-IV program, Sarah Palmer was an ODST—Orbital Drop Shock Trooper—carrying out the most dangerous missions behind enemy lines! See how she became the first Spartan-IV commander in this must-read series for fans of Halo 4 and the Halo franchise!

“A rich science fiction universe driven by compelling characters, Halo has all the makings for show-stopping comics, ” said Dave Marshall, Dark Horse Editor. “In Initiation, Brian and Marco are delivering an action-packed thrill-ride with a beating heart of authentic human drama.”

“It’s really exciting to work with Dark Horse in continuing the Halo story in comics. After Halo 4 and Spartan Ops, fans wanted to know more about the origins of the Spartan-IV program and Sarah Palmer in particular. So it’s great fun to be able to grant those wishes with a partner like Dark Horse,” said writer Brian Reed.

For an exclusive look at an interior page, check out Wired.

Look for Halo: Initiation #1 on sale in comic shops everywhere on August 14!

The “Halo” franchise is an award-winning collection of properties that has grown into a global entertainment phenomenon. Beginning with the original “Halo: Combat Evolved” (2001), the critically acclaimed and record-shattering series of games has since inspired multiple New York Times bestselling novels, comic books, action figures, apparel and more.

Published by Microsoft Studios, the “Halo” franchise of games is exclusive to the Xbox 360 video game and entertainment system and the Xbox LIVE online entertainment network. To date, more than 50 million copies of “Halo” games have been sold worldwide, driving more than 5 billion hours of gameplay by people connected to Xbox LIVE.

343 Industries is the publisher and developer of the blockbuster “Halo” series of videogames and, as part of Microsoft Studios, oversees the “Halo” franchise, including novels, comics, licensed collectibles, apparel and more. 343 Industries is home to world-class developers working on the Reclaimer Saga, which launched with the arrival of “Halo 4” on Nov. 6, 2012, exclusively on Xbox 360.

Founded in 1986 by Mike Richardson, Dark Horse Comics has proven to be a solid example of how integrity and innovation can help broaden a unique storytelling medium and establish a small, homegrown company as an industry giant. The company is known for the progressive and creator-friendly atmosphere it provides for writers and artists. In addition to publishing comics from top talent such as Frank Miller, Mike Mignola, Neil Gaiman, Brian Wood, Gerard Way, Felicia Day, and Guillermo del Toro, and comics legends such as Will Eisner, Neal Adams, and Jim Steranko, Dark Horse has developed its own successful properties, including The Mask, Ghost, Timecop, and SpyBoy. Its successful line of comics and products based on popular properties includes Star Wars, Mass Effect, Buffy the Vampire Slayer, Aliens, Conan, Halo, Avatar: The Last Airbender, Serenity, Game of Thrones, and Domo. Today Dark Horse Comics is the largest independent comic book publisher in the US and is recognized as one of the world’s leading publishers of both creator-owned content and licensed comics material 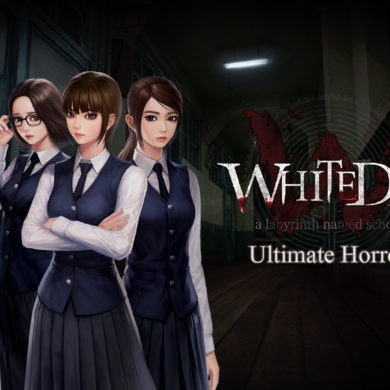