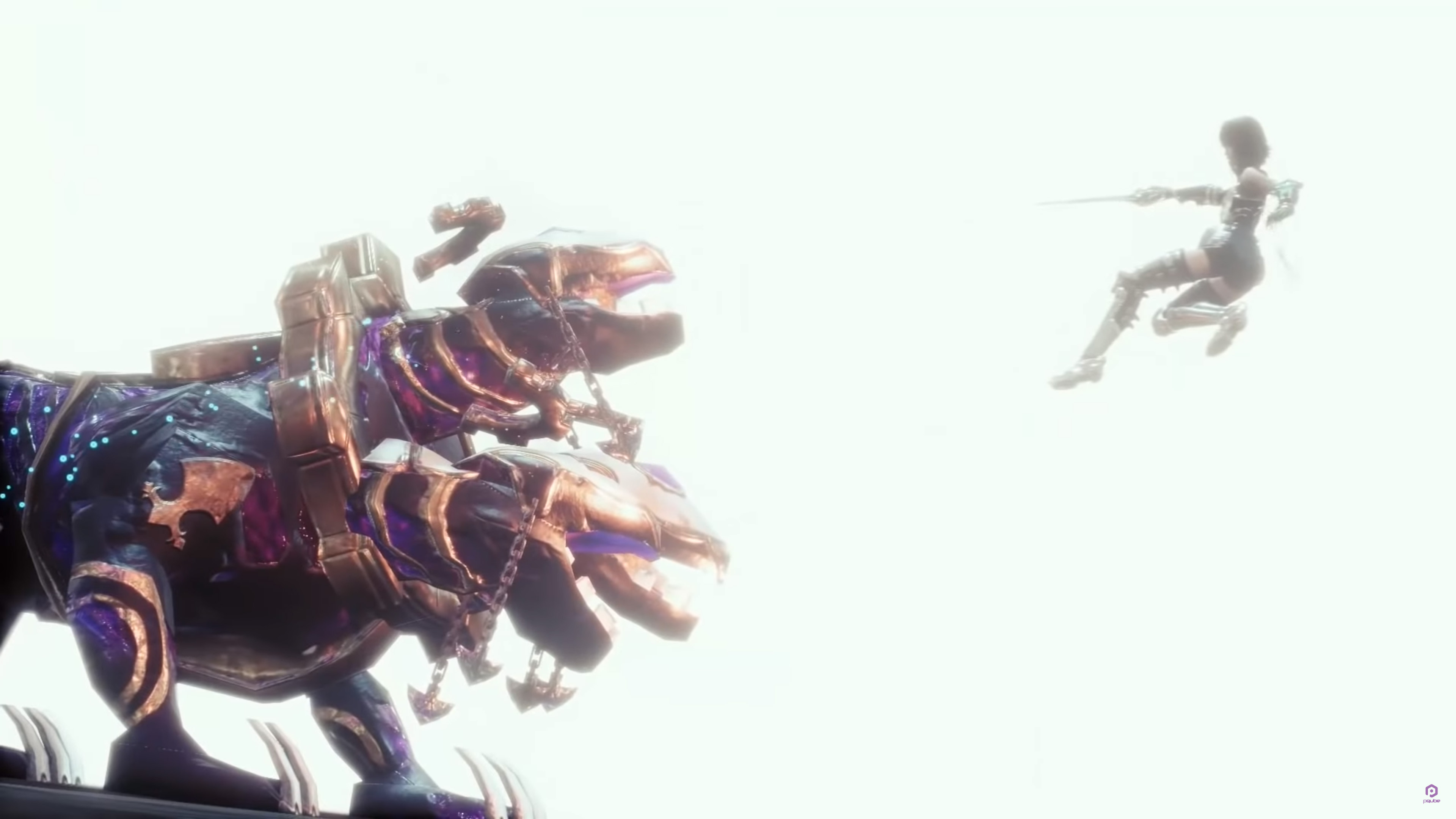 Prepare to harness the Aeternoblade and defy the destruction of the dark abyss, as PQube and developer Corecell Technology are excited to announce that action puzzle-platformer AeternoBlade II will launch on October 11th for PS4, Xbox One and Nintendo Switch. With the power of time at your disposal, outwit your enemies and eliminate them using sophisticated abilities and outlandish combos.

As you can see from the trailer, AeternoBlade II features fast-paced, intense combat where you can string together a massive hit count of relentless combos, in order to overwhelm your foes. The game takes places predominantly from a side-scrolling perspective, but there are also full-3D scenarios that make for amazing encounters with bosses and enemies.

Either way, you can use the full set of moves at your disposal to launch enemies into the air and finish them using sword strikes, dashes and impressive ultimate attacks. Each of the three playable characters is very agile, and you can leap, grapple and climb across intricately designed environments with vertical terrain.

AeternoBlade II is about time, and how it's power can be used with deadly consequences. By manipulating time, you can use it to overcome all obstacles, solve creative puzzles, and outwit even the most intimidating enemies. Your abilities include Time Stop, Warp and Reversal, so use them wisely.