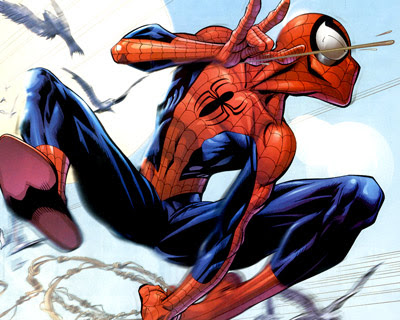 Sorry if I have been a little behind – I just caught season 2 of Spectacular Spider-Man and it was, for lack of a better word, spectacular. The weird thing is that the show was cancelled and it happened shortly after Disney purchased Marvel. So no wrap up of Norman Osborn being “dead,” no Harry Osborn hating Spider-Man and hogging Gwen Stacy to himself so that she can’t be with Peter. None of that great cliffhanger is going to be resolved….ever. Instead, we are going to get a brand new show on Disney XD, probably after season 1 of the Avengers is wrapped up. This is all kinds of stupid.

Now don’t get me wrong, I love the USM storyline because it was a fresh retelling of my favorite superhero’s story after all the crap that messed up the main Earth-616 Spidey storyline (clones, unmasking, etc). The reason why I feel this decision is kinda stupid is that Spectacular was employing a lot of elements of the Ultimate story and mixing it with those of the E-616 so some fans are gonna be confused. Example: Brock and Parker being childhood friends and Parker going black as a teen are all Ultimate plot points while Gwen Stacy being Spidey’s first real love is from E-616. It’s gonna be weird for fans to see Pete and MJ together as teens and her knowing his secret and sort of being his “sidekick,” Especially when at the same time you have almost the exact same Venom origin from SSM and Gwen Stacy being Carnage. Yeah, I’m spoiling, but USM has been around for over 10 years so eat me.

I guess I am more disgusted because this move is undoubtedly trying to link the new cartoon to the Spider-Man reboot movie, just like when they made the Spider-Man cartoon after the first movie. Who knows, it might be good. According to IMDB, Vincent Martella is slated to be Peter/Spidey and J.K. Simmons will reprise his role as J. Jonah Jameson (previously a live-action role). Fred Savage will be Harry Osborn, Colleen O’Shaughnessey will be Gwen Stacy as and she will also continue her animated Avengers role as The Wasp. Cindy Robinson will be Mary Jane and Dan Gilvezan will play Uncle Ben.

The inclusion of Wasp in this show and the fact that the Avengers cartoon features an African American Nick Fury would indicate that both shows are part of the Ultimate universe and there is potential for the characters to intermingle. The Carnage storyline in USM does involve S.H.I.E.L.D. as well as the Fantastic Four. Kitty Pryde of the Ultimate X-Men was Spidey’s girlfriend for a while and there is even a story where Wolverine and Spidey switch bodies for a day (which for me had a hysterical ending). Brian Michael Bendis is involved in the making of this show and I know he is not going to let the comic he made great be crap on the small screen. If the show has good writing and blends well with the rest of the Ultimate Marvel universe, I think fans may finally get some cartoons we will be really happy with. Still I would have loved to see season 3 of SSM, but it is what it is.