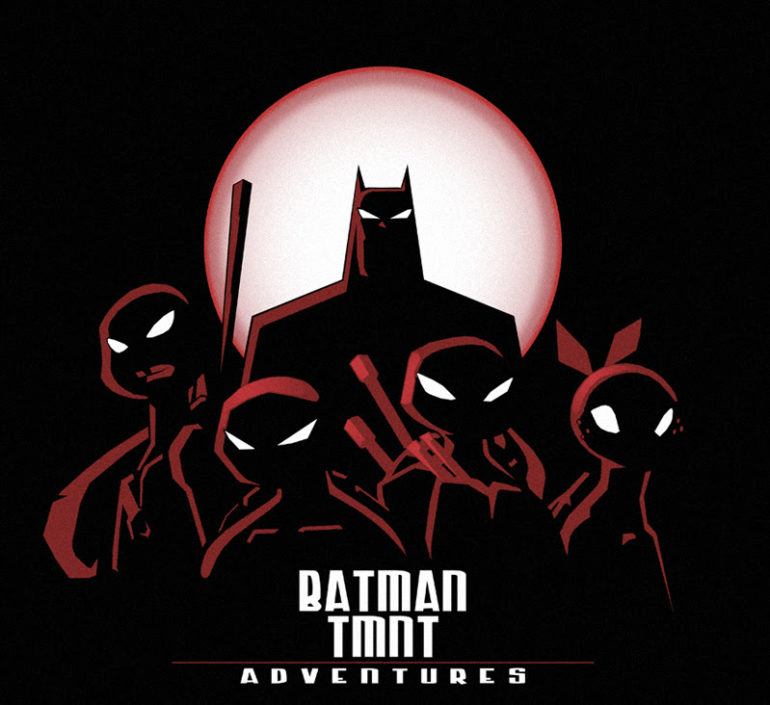 DC & IDW announced a new crossover series between The Dark Knight and The Heroes in a Half Shell at San Diego Comic-Con and after the success of their first crossover it was inevitable they would partner up again albeit this time the look will be a lot different than the previous series.

“We’re very happy to extend our ongoing relationship with DC with these iconic characters in new storylines,” says Greg Goldstein, President, and COO of IDW Publishing.  “Fans who enjoyed the previous series will enjoy the fun, new adventures we have in store for these upcoming titles.”

This new series will utilize Batman from the animated series and the Teenage Mutant Ninja Turtles from the Nickelodeon series which will definitely appeal to fans of all ages and make for some interesting artwork if the sample image is any indication. Fans will want to keep an eye on their local comic store shelves throughout winter 2016 for Batman TMNT Adventures.

Keep it locked to RAGE Works for additional news regarding another crossover between these two blockbuster franchises.