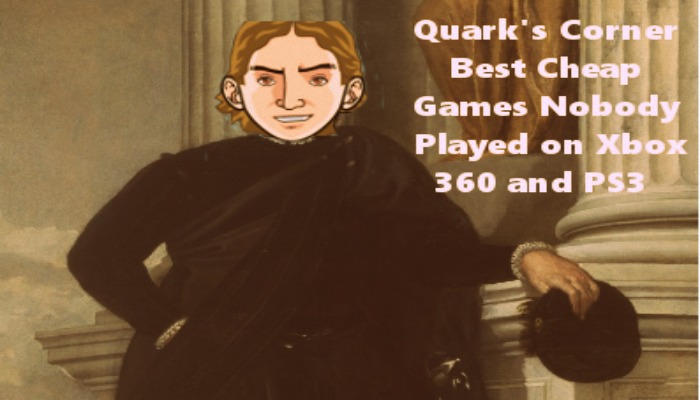 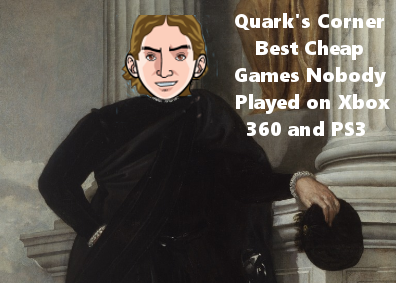 As a recent college graduate, I know the struggles of having an empty wallet while still having a lust to game. That's why Quark's Corner returns to look at the best cheap games nobody played on both Xbox 360 and PS3. These titles will hardly put a dent in your wallet and happen to be some of my favorite games of all time.

Easily the most obscure game, Eat Lead answers the age old question, can a hilarious story and great voice acting save a game with mediocre gameplay? The answer is yes! Eat Lead stars Will Arnett as Matt Hazard, a washed up video game character trapped in his own video game by Neil Patrick Harris. The game parodies almost very video game cliche in the book and has one of the best boss fights in gaming as you fight a generic Japanese RPG villain. Sadly, the gameplay is just as generic as the other games it is parodying, with standard cover shooter mechanics. However, the wackiness and stellar voice acting keep the game from ever becoming boring. 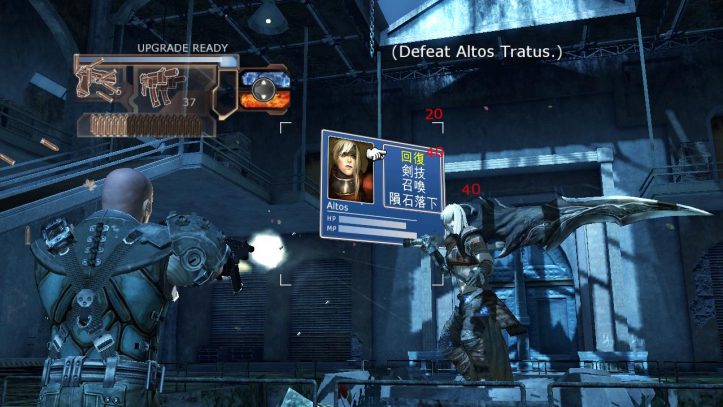 Let me get one thing clear, this game is the most popular arcade game in Japan. Gundam Extreme Vs. has been overseas for years but still receives frequent title updates. Even newer titles like Tekken 7 can't beat the popularity of Gundam Extreme Vs. However, the game is virtually unknown here in the states. Thankfully, it's a very cheap import and is worth every penny. The game is a two-on-two arena fighter that is less about remembering button combos and more about fast reaction time. There's a huge cast of mobile suits to pilot, representing over 30 years of the Gundam franchise. Picking the right suit is important, as each fills a different role with some being able to die more than others before your team loses. Best of all, it's just a blast to play and even has split screen multiplayer!

“Wait, PlayStation All-Stars? But everyone I know played that game.” Yeah, and so did all of mine, but I guess that still wasn't enough. Only 1 million copies of PlayStation All-Stars was sold, which is a shame as it is perhaps the most exciting fighting game ever released. The game was unfairly compared to Super Smash Brothers when they are nothing alike. Sony's fighter is more akin to an arms race, with players racing to max out their super move meter, as hitting an opponent with a super move is the only way to kill them. While the cast is small and there are too many obvious omissions to count, PlayStation All Stars is still a phenomenal party game with four players. 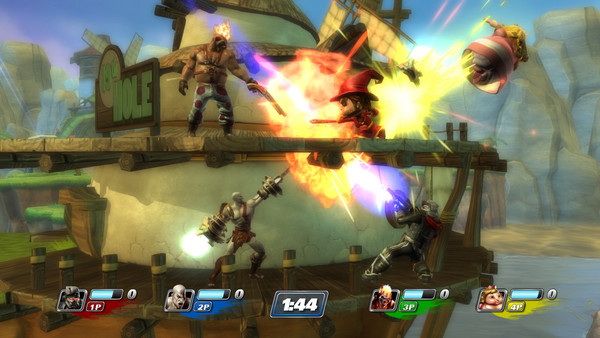 KOA has the dubious honor of being behind one of the biggest video games scandals in video game history. It also happened to be an RPG that came out less than six months after Skyrim. Big mistake. But KOA features the visual style of Todd McFarlene with the music of Grant Kirkhope. If you aren't familiar with these two, read a fucking book. The biggest problem with KOA is it's lackluster main plot, but the game has an obscene amount of interesting side quests and sub-quests. While Skyrim excels in the world-building and exploring, KOA revels in its combat. You actually feel like you are hitting the enemies and not just swinging your sword in the air near the enemy as their health ticks down. KOA feels more like a beat em' up and less like an RPG in this sense. There are three different classes, each with three unique weapons and several skills. This makes for a ton of variety, and unlike Skyrim, you can switch your play style on the fly. It also has one of the best DLC campaigns of all time with The Legend of Dead Kel. 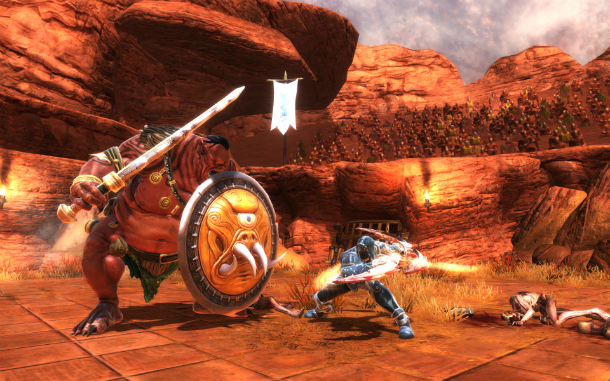 Brutal Legend isn't just my favorite game on this list, it's one of my favorite games of all time. It was also one of the first games I hoped would do well so it could get a sequel. Sadly, this didn't happen because it sold about as well as salt water would in the middle of the ocean. It's not surprising the game sold poorly, as it has no genre. It mixes exploration with vehicle battles and real-time strategy elements in a heavy metal-inspired world. Earlier, I called Eat Lead funny, but Brutal Legend is downright hilarious. The voice acting is top notch, with Jack Black as the main star with Ozzy Osbourne and Lemmy (just to name a few) in supporting roles. Sadly, if you aren't a fan of rock and roll, this game isn't for you. Also, the game's plot somewhat falls apart two-thirds through, with it feeling rushed as a brand new enemy voiced by Tim Curry comes out of nowhere. The good news is the game can be beaten over the span of a weekend. Brutal Legend doesn't overstay its welcome, but each second is a memorable experience. 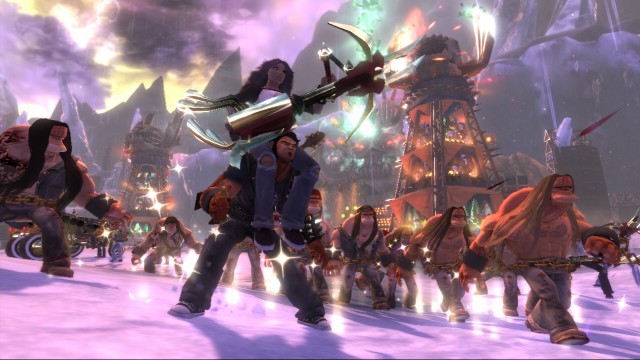 Earlier, I said these games are bargain bin level cheap, and I wasn't lying. The most expensive game on this list is Gundam Extreme Vs. due to it being a Japanese import. But, for only a little over $20, it's worth it. The rest of the games are between $5 and $10. So, instead of buying your fifth Destiny expansion, pick up all of these for the same price. Or you know, buy Pac-Man CE 2.