Why “Destiny: Rise of Iron” is Doomed to Fail 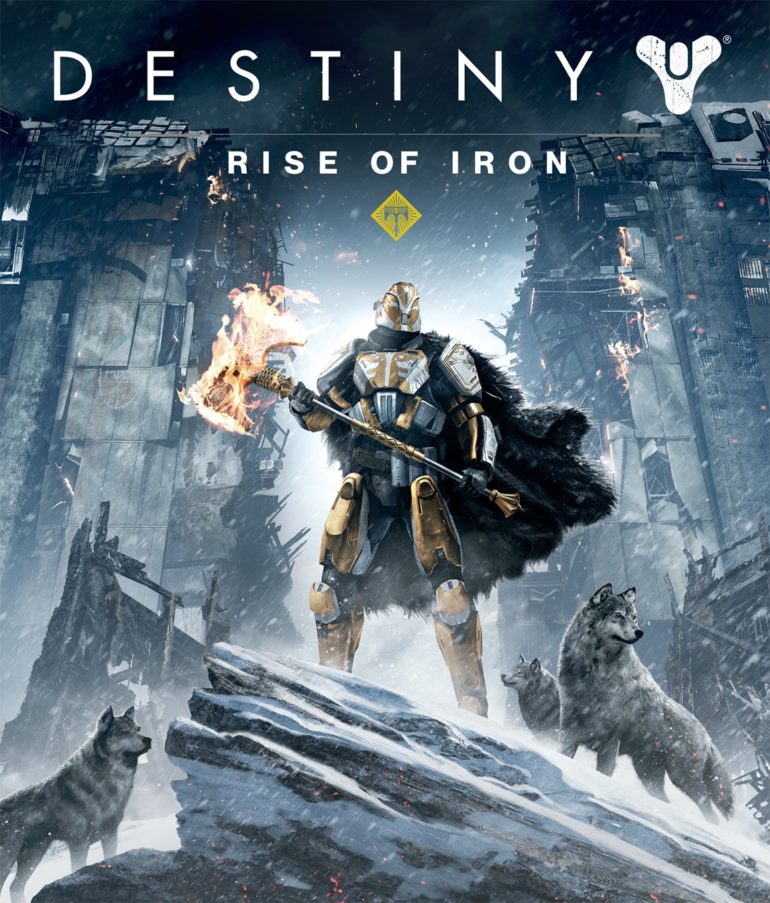 It’s taken everything Quark has to not write a complete analysis on why Destiny is a colossal failure. After almost two years of playing, I couldn’t help but write a column on Destiny, a/k/a the biggest egg ever laid in gaming. I’ve been suckered into spending more money than I’m willing to admit on a game that I don’t even have fond memories of playing. With the announcement of Destiny: Rise of Iron, I went back to reexamine the base game and all the expansions released so far, to showcase why Rise of Iron is doomed to fail.

The biggest problem with Destiny is that it’s a sad amalgamation of Halo, Borderlands, and an MMO. Destiny requires an insane amount of dedication, with most of it focused on shooting enemy bullet sponges. Shooting sponges causes numbers to fly out and if enough numbers come out, they die. Sounds simple, and for some games, it works. It works in Borderlands as it is a co-op experience with very limited player vs. player interactions. Most of the time, you are working with your teammates to kill a bunch of bullet sponges to get new loot to use to kill stronger sponges to get more loot. Rinse and repeat. It’s a very simple yet addicting experience of shooting bad guys, as you are constantly rewarded for your efforts. In Destiny, playing seems to be more of a punishment. 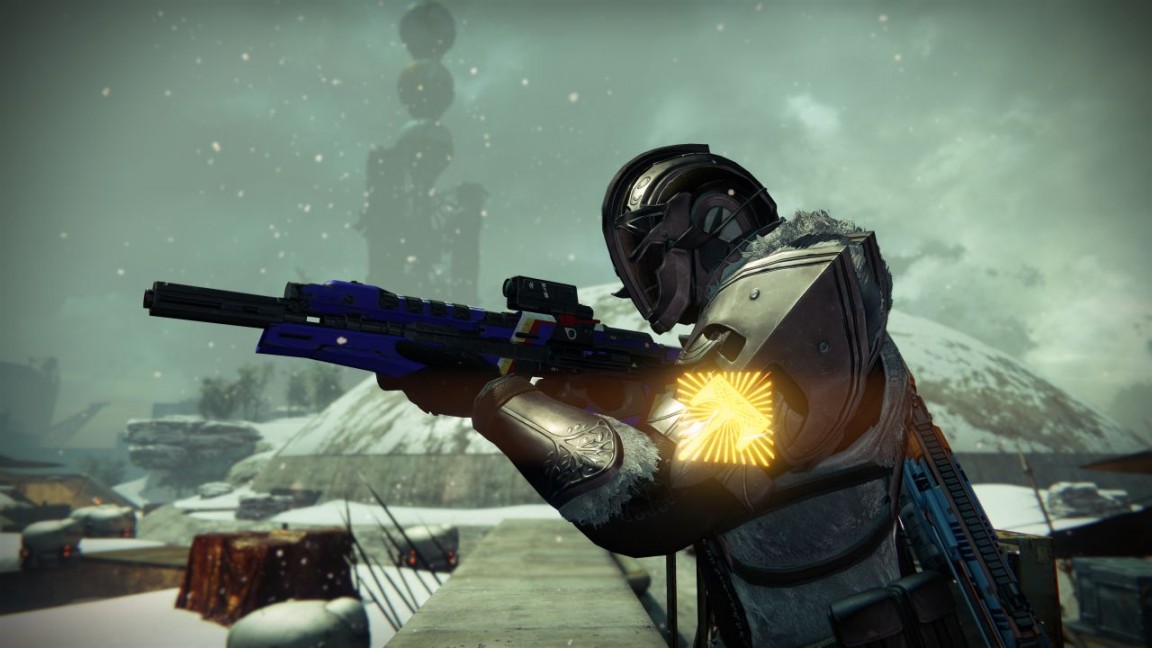 In Destiny, you go through the once weekly “heroic” and “nightfall” missions, with the hopes of getting an item you want. These missions could take up to an hour and would more often than not reward you with something you have zero interest in. You could also do the raids, but that requires using a third party search engine to find a group to play with, as Destiny doesn't let you search for groups in game. This wouldn’t be a problem in Borderlands, but unlike Borderlands, Destiny has a big focus on player vs. player. In Destiny’s player vs. player mode called “The Crucible” it doesn’t matter how good you are, all that matters is what weapon you happened to be lucky enough to find. While I’m aware that all MMO’s require severe grinding after major updates, updates in MMO’s do not come as frequently as Destiny’s.

While this sounds like a plus to how often Destiny updates itself, the updates have so little content, that they are more akin to patches than full on expansions. This leads to rerunning the same missions to get better guns that will be vastly out leveled in a few months. This is a core gameplay mechanic that is at the heart of Destiny that won’t be changed in Rise of Iron. While updates have come to make it easier to power up your guns, it seems like this was an update that was purposely withheld, just to release at a later point to artificially expand the game. 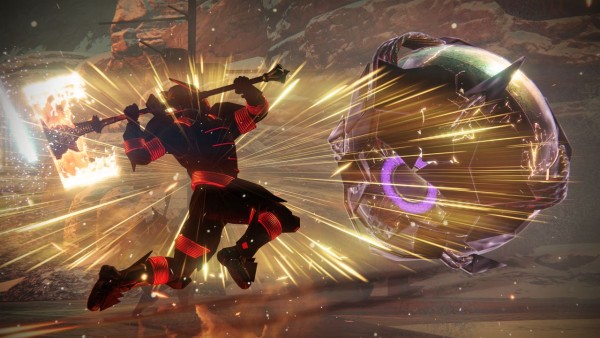 Destiny has been known to cut content from its expansion to hold off for later. The Taken King was supposed to have more features than it was shipped with, and it even shipped with features that were supposed to be part of the base game. There was allegedly a raid planned for House of Wolves that was shelved for a different expansion and all new planets that were in development that were moved to Destiny 2. This makes you wonder, why even buy Rise of Iron? Why should a customer purchase Rise of Iron when Destiny 2 will be a whole new experience with nothing carrying over? Even if weapons and abilities did carry over, Activision and Bungie would not alienate new fans by making them start from square one.

Horrible, one of the worst of all time. So bad that they have to replace a voice actor for the main game a whole year later and essentially pretended that the main game’s story didn’t even happen. 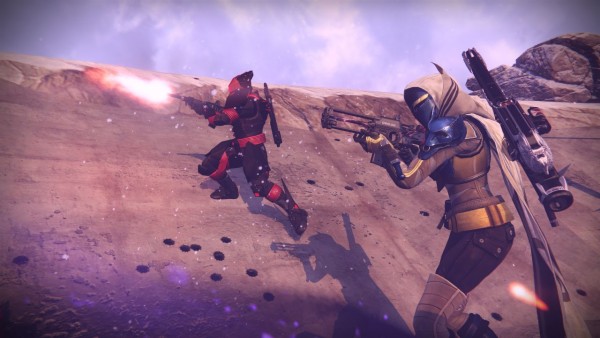 At this point, I feel free. For months, I felt like I had Stockholm Syndrome and Destiny was the abuser. Truly, I feel that is why people keep playing the game. They keep thinking, “It’ll get better, they’ll update this, they have to, there has to be a quicker way to do this, I just have to keep playing for now”. When your primary advertising slogan for Rise of Iron is “Pre-order Now: Get Gjallarhorn First”, you know there is a problem. When you have to get people excited by announcing the return of a formerly overpowered weapon that will eventually be useless after the level and weapon cap is raised, you know you have no idea what you are doing. Quite frankly, besides the shooting mechanics, Destiny doesn't do anything right. This isn’t angry fervor, but the truth. Maybe this is why so much content was split up and why the sequel was delayed. Bungie is embarrassed by Destiny and how mis-organized it is and how it treats its fan base that they want to start over with Destiny 2. Funny how Halo 5 does Destiny better than Destiny. Halo 5’s Warzone game mode and it’s REQ packs feel like the random weapon drops that Destiny was going for. Bottom line, Destiny: Rise of Iron is doomed to fail based on the sins of it's past. 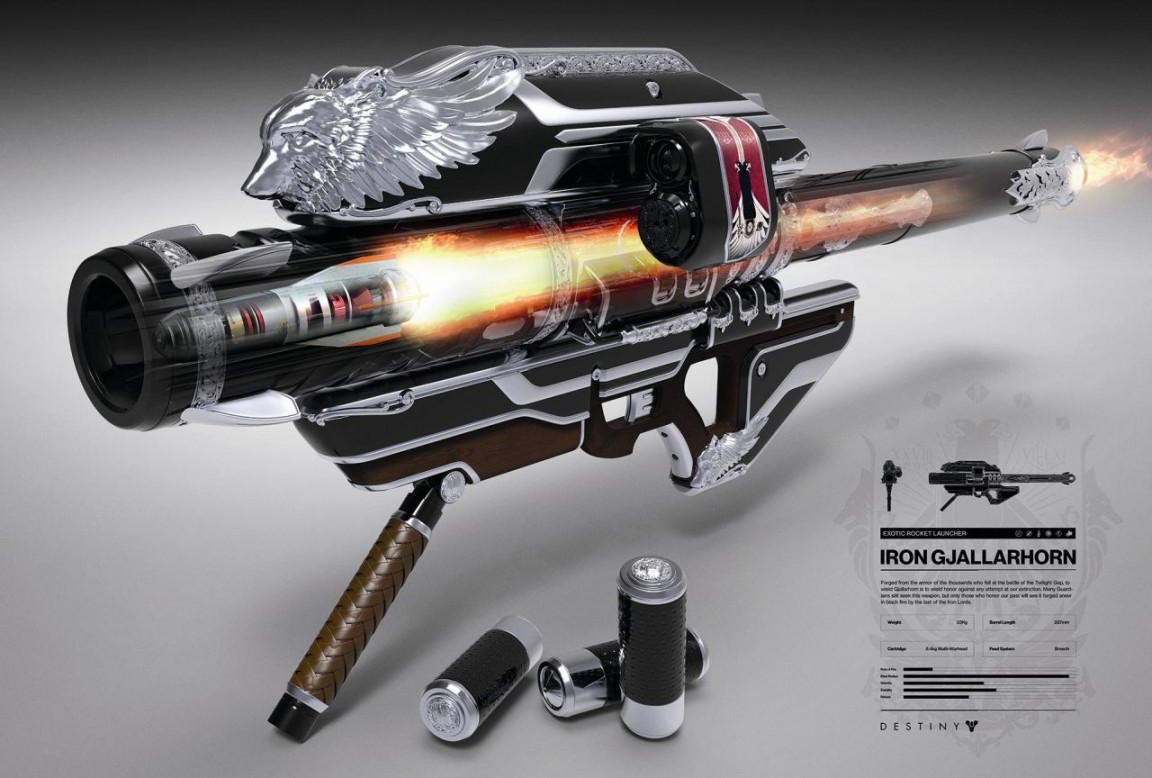