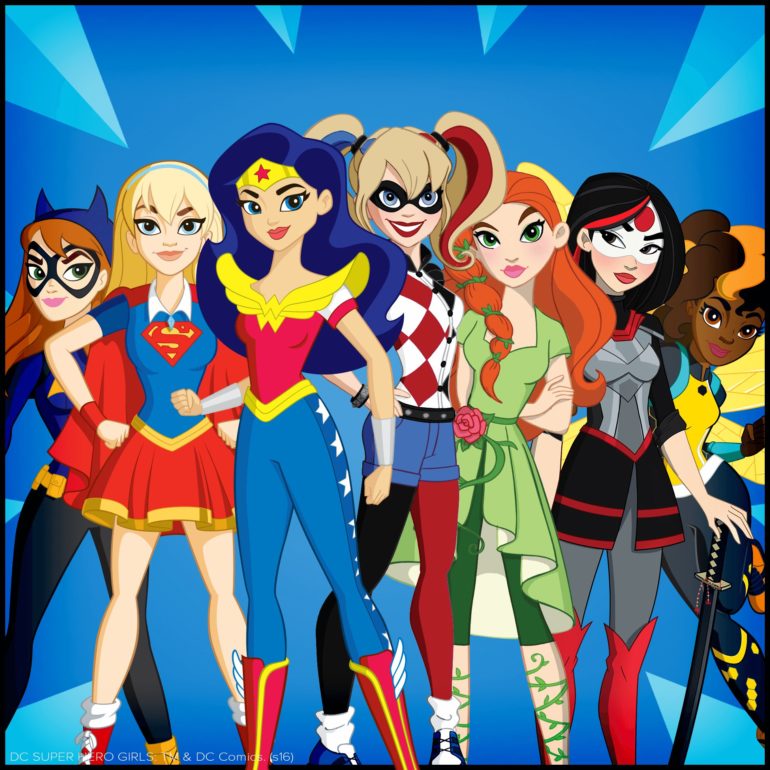 Warner Bros. Animation announced today that DC Super Hero Girls will be getting an animated series on the Cartoon Network in 2018. This interpretation of iconic heroines from the DC Universe has been a hit with young girls who have been getting their fill via the digital webisodes on YouTube and direct-to-video movies. Their arrival on the Cartoon Network will definitely increase an already passionate fan base for this fun and family-friendly series.

The series will have a ton of veteran talent at the helm including Emmy-Award winning producer Lauren Faust who has worked on My Little Pony: Friendship is Magic and Foster's Home for Imaginary Friends. Ms. Faust will be introducing some new character designs and new stories. Keep it locked to RAGE Works and we'll share more information as it becomes available.

The world may know them as Wonder Woman, Supergirl and Batgirl, but not-so-typical teenagers Diana, Kara and Barbara, alongside their Super Hero friends have much more to deal with than just protecting the citizens of Metropolis from some of the most sinister school-aged Super-Villains of the DC Universe. After all, being teens is tough enough, what with school, friends, family and the chaos that comes with managing a social life. . But add super powers and a secret identity to the mix, and things can get a lot more complicated.

Sure, gal pals Bumblebee, Zatanna and Green Lantern Jessica Cruz are always there to lend an ear, a shoulder to cry on, and a fist to punch with, and their bros in the Justice League amp up the fun whether they’re at a concert or taking down a crime ring. But what happens when Diana and her favorite study buddy and fencing partner, Tatsu, can’t agree on how to dole out justice as Wonder Woman and Katana? Or when Barbara finds out her Gotham-Con bestie is teen-fiend Harley Quinn? Along with all their friends, foes and frenemies, this squad of super teens navigates the unique growing pains that come when you’re a teenager trying to fight the battles of the world and the battles of growing up at the same time.

About DC Super Hero Girls
In partnership with Warner Bros. Consumer Products and DC Entertainment, the DC Super Hero Girls franchise provides kids with a relatable world filled with aspirational characters, immersive stories and action-packed missions that inspire viewers to be smart, courageous and empowered to be an everyday Super Hero. Centered around the most renowned DC Super Heroes (Supergirl, Batgirl, Wonder Woman, Bumblebee) and Super-Villains (Harley Quinn, Catwoman, Poison Ivy) as they learn to develop and harness their super powers, work as a team and strengthen their friendships, while still getting their homework done on time.

DC Super Hero Girls is an all-encompassing universe based on the well-known DC characters.  DC Super Hero Girls encourages kids to discover their own super-heroic potential with new animated content, including webisodes, TV specials, and made-for-video movies; as well as a merchandise program across toys (including action figures and action dolls), costumes and role play, apparel and accessories, publishing and many other categories, and supported by best-in-class partners including Mattel, LEGO, Rubie’s Costumes, Jerry Leigh, and Random House, among many others.

About DC Entertainment
DC Entertainment, home to iconic brands DC (Superman, Batman, Green Lantern, Wonder Woman, The Flash, etc.), Vertigo (Sandman, Fables, etc.) and MAD, is the creative division charged with strategically integrating across Warner Bros. and Time Warner.  DC Entertainment works in concert with many key Warner Bros. divisions to unleash its stories and characters across all media, including but not limited to film, television, consumer products, home entertainment, and interactive games.  Publishing thousands of comic books, graphic novels and magazines each year, DC Entertainment is one of the largest English-language publishers of comics in the world.

About Cartoon Network
Cartoon Network is Turner’s global entertainment brand and the # 1 animation network in the U.S., offering the best in original content for kids and families with such hits as, Adventure Time, The Powerpuff Girls, Steven Universe, We Bare Bears and The Amazing World of Gumball. Seen in 192 countries and over 400 million homes, Cartoon Network inspires the next generation of creators and innovators by engaging its audience at the intersection of creativity and technology. Its award-winning pro-social initiative, Stop Bullying: Speak Up is an acknowledged and often used resource for kids and adults looking for tools that can assist in dealing with the ongoing issue of bullying.