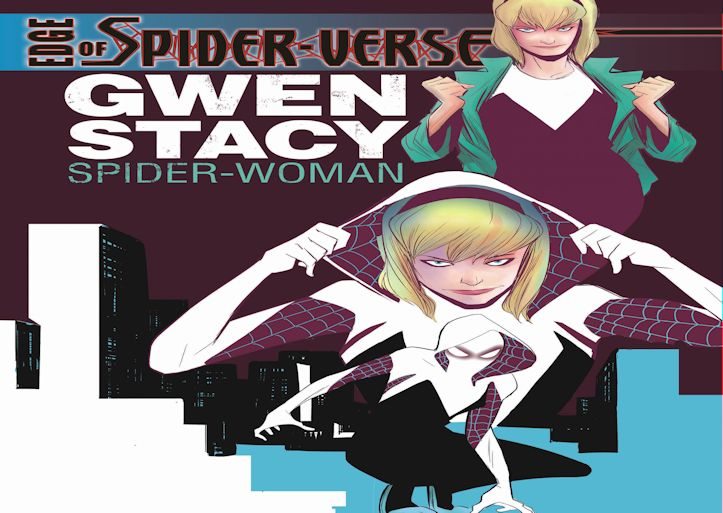 Gwen Stacy‘s adventures as Spider-Woman are a hit with readers as Edge of Spider-Verse #2 sold out in less than 24 hours of its release. Fans won't have to wait long if they missed as the 2nd printing hits stores at the end of October. Make sure to pick it up if you missed out on this great book.

Gwen Stacy Is The Biggest Comics News Story of the Week!

Second Printing of the Critically Acclaimed EDGE OF SPIDER-VERSE #2 On The Way!

Garnering unprecedented buzz from all corners of the comic book industry, Marvel is proud to announce that EDGE OF SPIDER-VERSE #2 has sold out less than 24 hours of its release and will immediately head back to press for a second printing. You heard right, Gwen Stacy: The Sensational Spider-Woman will be swinging back into a comic shop near you as fans can’t get enough of this instant fan-favorite! She’s smart, charming and can lift a car – and she’s ready to enter theSpider-Verse arena in a big way! Jason Latour, Robbi Rodriguez and Rico Renzi craft an exciting new spider-tale that has critics everywhere raving.

“Face it Marvel, you hit the jackpot” – ComicBook.com

“This comic had pretty tremendous expectations set by readers ahead of time, and luckily, it lives up to them in full” – IGN.com

“Marvel promises that we’ll see Gwen Stacy/Spider-Woman again in Amazing Spider-Man #9 – if she sticks around after that, you won’t find me complaining.” – Nerdist

As the Spider-Verse looms, meet one of its breakout stars as Gwen Stacy swings headlong into the biggest Spider-Man event of all time. Now is your chance to experience the issue that has everyone raving! Be there when Gwen Stacy dons her hood as Spider-Woman one more time as EDGE OF SPIDER-VERSE #2 returns to comic shops in October!