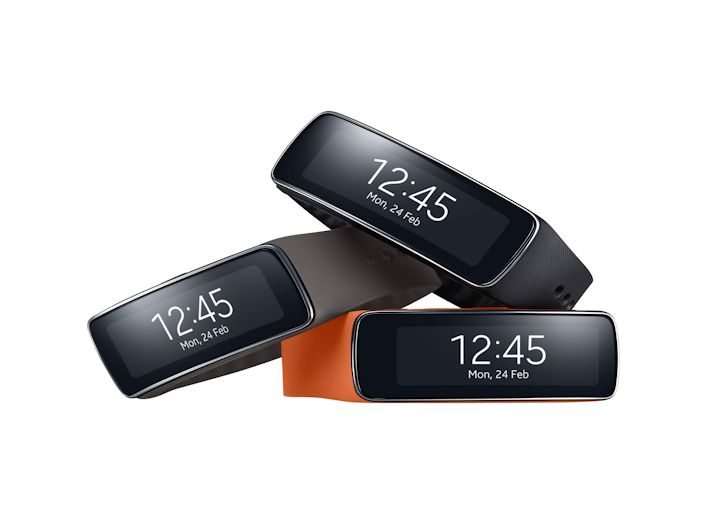 The battle for wrist real estate has been interesting and has seen its fair share of innovation and failure. Samsung jumped into the market with both feet by marrying a host of abilities into their first Galaxy Gear device. They crammed a camera and host of ancillary functions that, while impressive, lacked synergy and made their offerings seek a niche in multiple ecosystems. Fans who purchased the first Galaxy Gear were overwhelmed by the overabundance of features and before long I saw thread after thread expressing disdain for x feature or y feature. I covered the first Gear launch and at the time I was almost on the verge of pulling the trigger on the Pebble, but I wanted to wait because I wanted a device with a color screen and capability to monitor my sleep and fitness which the Pebble could do – but not in a way that made me want to buy the device. When Samsung launched the Gear Fit, Gear Neo and Gear 2 I liked the advances they had made and I finally saw a piece of tech that would fit my gym rat/techie lifestyle in the Gear Fit. Now, was it all style or does the Gear Fit have genuine functions for the gym going tech enthusiast? I hope to answer that with this review.

When the Gear Fit was fully charged, I saw firsthand why so many people speak highly of Samsung's vibrant smart watch displays. The 1.84-inch Super AMOLED screen is vibrant and easy to read, though with direct sunlight the results did vary a bit which was no surprise. I would have liked Samsung to add an auto brightness mode or even an ambient lighting sensor versus the “outdoor brightness” mode as I think it would have really helped readability in bright environments.

The overall design of the device is solid and feels durable. The Gear Fit is housed in a plastic module to allow interchangeable wrist bands. The first day of testing I wore the device for the entire day, and after an hour or two I did not even notice it on my wrist since it weighs practically nothing. The clasp concerned me at first because I felt the device was going to pop off at any moment but it held up surprisingly well with no unexpected openings of the clasp thus far.

There is no overabundance of buttons, just a simple home button that can be customized as a shortcut for a few apps (double-press) in settings menu. The heart rate monitor is underneath the device and with proper placement can yield a heart rate most of the time with minimal fuss. The proprietary charging connector is also underneath and you can pop the device into the included cradle. I would have preferred a micro-usb port  on the device itself versus the cradle because if you lose the cradle or break it you'll be shit out of luck come time to recharge.

One feature that got put through the paces was the waterproof capability of the Gear Fit. The device has an IP67 certification which allows immersion in up to a meter of water for up to 30 minutes. I'll admit I was nervous about usage near water due to the exposed connector, but it worked well after washing my hands and even a post-workout shower did not affect it in the least.

Battery life on the Gear Fit was surprisingly good considering all of the notifications I get daily and during the 2 1/2 week review period I charged it twice. Honestly I could have gone a few more days before doing the second charge. Battery life will be key in the smart watch battle and I think the Gear Fit and Pebble have that part figured out.

Once the initial set up is complete and the notifications are set up, the Gear Fit is actually quite easy to use and the simplicity of it is both a gift and a curse. Receiving messages and monitoring your steps is simple and the data is easy to read, but power users will not be enamored with certain features that I will touch on below.

The Galaxy Gear Fit, while an extremely capable device, suffers from some identity issues. The smart watch component, while capable, is not all it's cracked up to be. Long messages are definitely not something you'd want to read on this but realistically you shouldn't rely on the Gear Fit for that. The bigger issue is the handling of notifications which varies from full notifications to a small blurb that offers the option to view on your phone. Multiple emails also blend into one super long message so if you get three emails at once, they will pretty much run into each other and become what amounts to a run-on sentence.

While l liked the notifications, I was shocked to see that the watch did not have an on-board blocking mode to mute them. The only comparable mode is the blocking mode for when you are asleep. While I like getting notifications on the smart watch, there were times when I did not want my wrist vibrating – particularly if my wrist happened to be on a table during an important meeting. This is a small gripe but one that has merit if you want to keep your notifications in check at certain points of the day.

My Take: Fitness Tracking / Gym Use

The overall fitness aspects of the watch are okay at best and the reporting data for sleep is not as great as I'd hoped. The vibrations for the alarm worked well, but the overall tracking was passable at best. I think I was spoiled by my previously reviewed Lark device with regards to deep sleep analysis. The Gear Fit does not sense when you are sleeping either. In fact, the mode must be set on the watch before falling asleep and then disabled upon waking.

Heart rate monitoring was a mixed bag as well, with ranges from 60 bpm to as high as 85 bpm depending on wrist placement. I'll be honest when I say they could have omitted this feature and I doubt anyone would have complained since the accuracy is so skewed.

Workout monitoring is relegated to walking, hiking, running and cycling. While those exercises are good to track, I would have liked to see something for weight training so that your heart rate and caloric burn could be monitored. I'd even accept if you entered the exercises in the Gear Fit app to track caloric burn in conjunction with your heart rate. The pedometer for the walking workout mode is not the same as the pedometer that counts your daily steps. They are actually two separate apps that rely on separate data sets. This was not only counter-intuitive but really annoying since the data was not shared and to top it off the data on Gear Fit for steps did not match the data from the S-Health app on my Note 3. How the hell is it possible that the band and the phone (both carried at the same time) have such a huge discrepancy when it comes to step count? It really boggled my mind that they were never even remotely close.

The Gear Fit has all the makings of a worthy fitness band but the data collection methods need a lot of work. If Samsung were smart they would buy a company like Jawbone to take advantage of their data collection and integrate all the great Up features into the Gear Fit.

The Gear Fit is a well-designed smart watch/fitness band hybrid that provides a vibrant display and good battery life, but in its efforts to offer a lot it ends up providing an incomplete experience. Fitness enthusiasts will grow frustrated with its inconsistent stat tracking especially with the pedometer. The narrow display, while providing decent information, still needs improvement. I like the overall presentation of the Gear but after spending time with it I honestly think Samsung needs to go back to the drawing board for certain aspects of the device. Hopefully they can correct these issues for the inevitable Gear Fit 2.