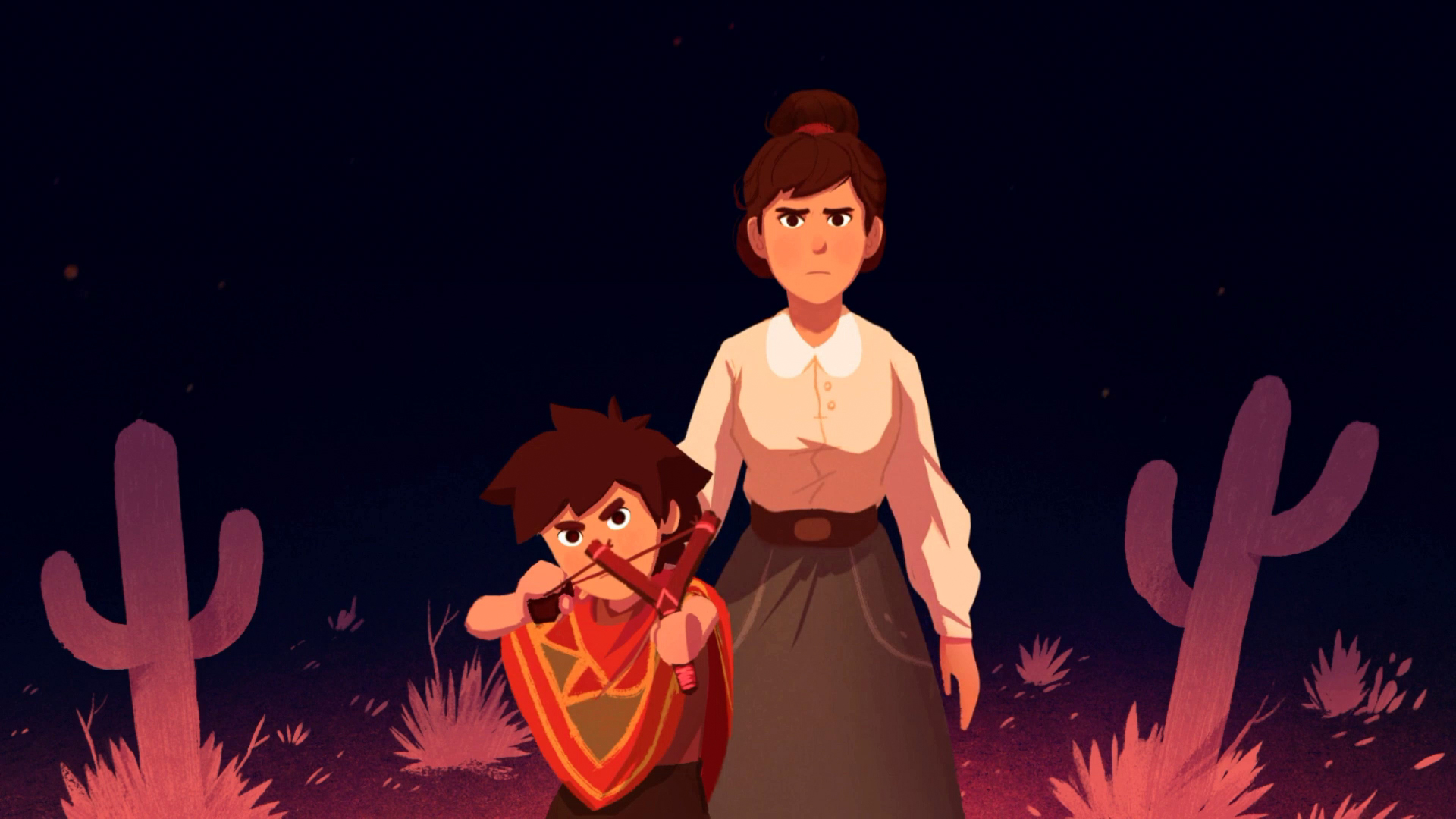 El Hijo debuted on Steam back in December. Today, console gamers can get their hands on the stealth action title. A young boy must combine his wits with his small size to save his mother. About all you have is your trusty slingshot so prepare to get creative! Pick the game up today on Xbox One, PS4 and Nintendo Switch!

In the Old West between the Red River and the Rio Bravo, you must escape the clutches of an evil cult. The small hero fights to reunite with his mother after tragedy struck and the family got separated. Tricky puzzles, shady monks, and dancing cowboys await you. Playing through this gloomy, yet wholesome, adventure is sometimes quite challenging. What happens if a diversion fails and your fireworks hit the pecking chicken instead of an opponent?

El Hijo – A Wild West Tale is an exciting story of a desperate child looking for his mother. The boy sneaks past different sorts of suspicious outlaws in a series of diverse western settings. Instead of violence, imaginative playfulness is used with the help of his toys, which serve to distract his opponents.

Using the shadows to his advantage is a core element of the game. The young hero will often have to hide instead of fight. Various twists on familiar mechanics are often a product of the challenging and increasingly dangerous environments that the 6-year-old must traverse to reach his ultimate goal.

El Hijo is available on PS4, Xbox One and Nintendo Switch for $19.99. For full details, visit the official website.