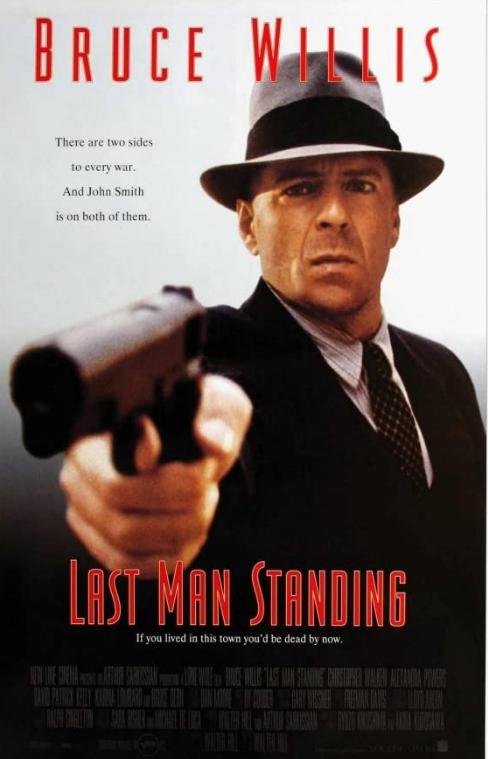 When it comes to action films, Bruce Willis is on many fans Mount Rushmore of action stars, and while he is not for me, he has a ton of iconic films and moments that are perfect for this column. This week I want to showcase his work in the underrated film Last Man Standing which was heavily influenced by Akira Kurosawa's Yojimbo. Bruce Willis plays John Smith, a gunslinger for hire caught in a turf war between the Italian mafia and the Irish during Prohibition. Smith involves himself a bit too much on both sides, and the results are incredibly violent for all parties involved, including Christopher Walken who delivered a surprisingly solid performance as an enforcer named Hickey.

The film has some great over the top gunfights, but the final gunfight between an injured Smith and the Irish gang was a great callback to the John Woo style shootouts of films like Hard Boiled, which we showcased in an earlier column. Bruce Willis conducted a symphony of violence with those dual Colt 1911s on par with the stuff we see from John Wick.

While the film is not stellar by any means it had a great cast and who delivered some solid performances and some top-notch gunplay. Last Man Standing is usually on cable often and is worth checking out. What did you think of this week's film? Let us know in the comments.

If you have a recommendation for this feature let us know that as well. We'll see you next week with another Film Fight Friday