Happy Thanksgiving! It's Black Friday but it's also Film Fight Fridays, and that means we got a brand new installment on deck. Film Fight Fridays is our weekly series where we show our appreciation of the best fights captured onscreen, whether on TV or in films. Whether it's gunfights, sword fights, knife fights, or good old-fashioned fistfights, we will showcase them all here every Friday. 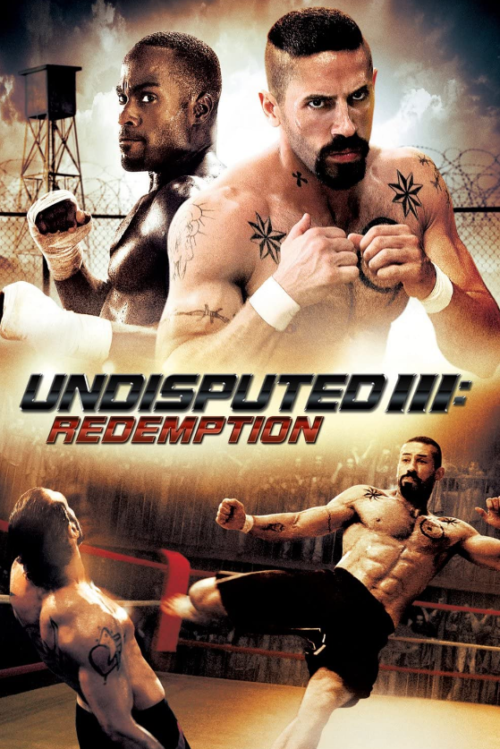 The Undisputed film series is interesting as it became a franchise with a few different actors' involvement. The first Undisputed film from 2002 pit George “Iceman” Chambers, played by Ving Rhames, against prison boxing champion Monroe Hutchen (Wesley Snipes), with Iceman being the antagonist. The film's sequel recast the Iceman role, with Michael Jai White taking over the role and being the film's protagonist. The sequel had Iceman facing off against Yuri Boyka, played by Scott Adkins. While Iceman and Boyka's fight was impressive in the second film, the film's real success came from making a star out of fan-favorite Yuri Boyka, who would carry the series next two sequels. Don't worry we will showcase the fight between Boyka and Chambers in a future column.

Undisputed III finds Boyka recovering from his injuries after his fight with Chambers from Undisputed II. Boyka enters a new prison fighting tournament to prove that he is still a fighter to be feared. His path to redemption puts him on a collision course with Marko Zaror's Raul ‘Dolor' Quinones, who feels Boyka is no longer the fearsome fighter he once was. How does the fight go? Check it out for yourselves.

I always found it funny that Dolor's tattoos would slowly get wiped off throughout the fight and then all of a sudden appear nice and fresh in certain shots. This did not detract from the action but was funny to see. The Undisputed series made me a fan of Scott Adkins and put me on the road to check out many of his other films, many of which we have on deck for future columns.