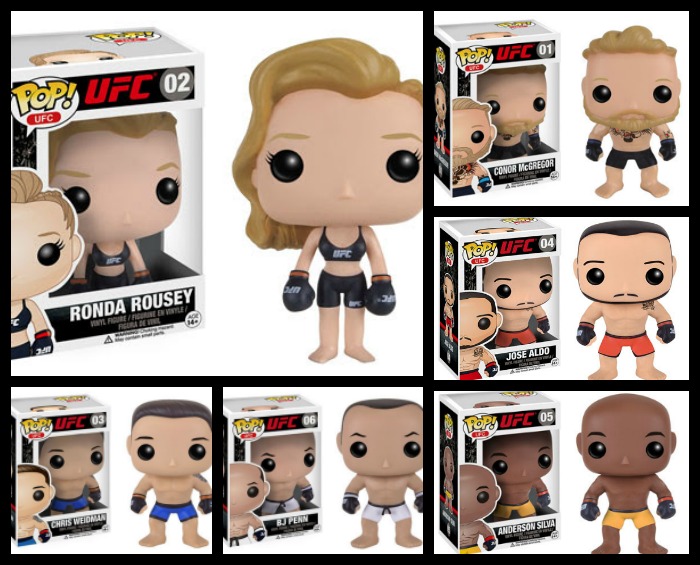 Funko continues to pick up licenses left and right, and after the solid work they have done with their WWE license I was hoping they would pick up a UFC license as well. When we were at Toy Fair we heard they had a Conor McGregor Pop! available at Play Fair (which I missed out on), but the fact it existed got me hyped that we would soon see UFC Pop! figures. Sure enough, I am happy to report that the first wave of UFC Pop! figures will be hitting shelves this June. Here is the first wave: