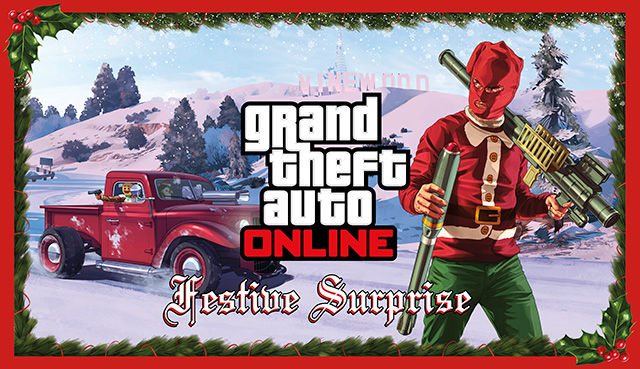 You my have noticed that your console downloaded a patch for Grand Theft Auto V (depending on your settings) and the reason is that the holiday update is back and better than ever! Festive outfits, gift-giving and homing missile rocket launchers are all the rage now through January 5, 2015, so get out there and have a San Andreas snowball fight! Along with the seasonal makeover to Los Santos and Blaine county, there are plenty of goodies waiting for you online. All of the seasonal Christmas gear is free since it will likely disappear after January 5, but there are some permanent additions for you to get a hold of:

It is also worth mentioning that the Fireworks launcher will be free on Christmas and New Year’s Eves and Days, so score your free equipment on one of those four days. As usual, go to the Rockstar Support Page for full details. Happy Holidays to all you criminal bastards and may the New Year see you behind bars!