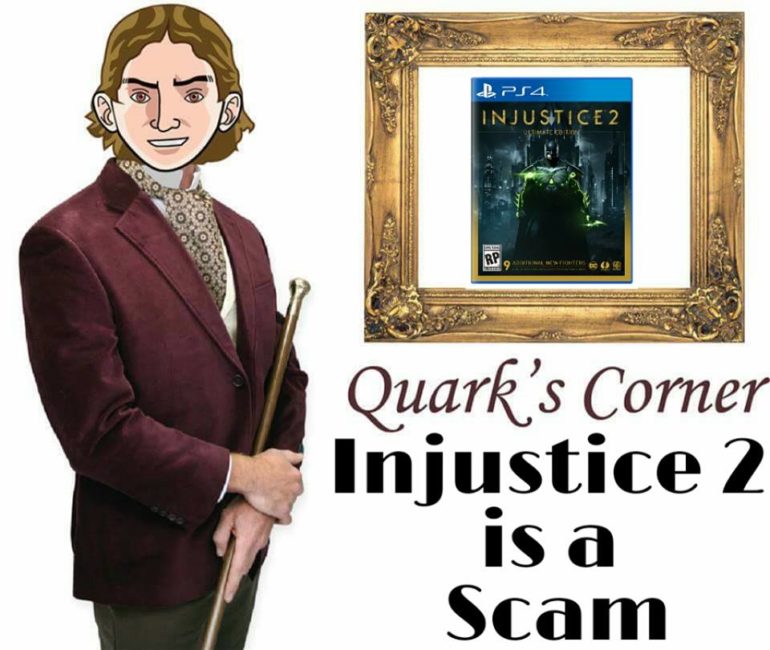 Injustice 2 is a scam. Everything I was worried about back in June has come true.  I've never seen a more blatant, money-grubbing miscarriage of video game justice in my entire life. I would say that I'm surprised, but this is business as usual at NetherRealm Studios. I'm not mad that Injustice 2 has DLC. I'm used to video games having season passes when it's released as games are no longer sixty dollar finished products (unless you're The Witcher 3). But instead of just having a single season pass, they go one step behind to try to steal your money. At launch, you can buy the standard $60 edition of Injustice 2, or the  $80 “deluxe” version with three bonus characters, OR the $100 “premium” version with nine bonus characters and three “premium” skins. 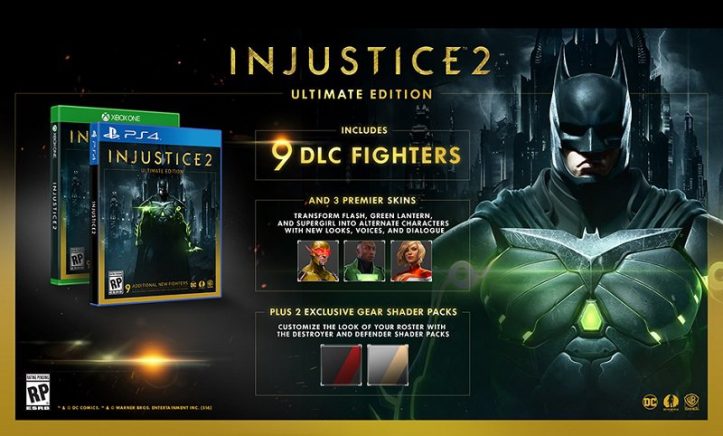 Sidebar. A fucking premium skin? Is this a gag? Two of these skins are Reverse Flash and John Stewart. Skins that were in the last Injustice, FOR FREE! Now, they're premium skins that can only be unlocked via the $100 ultimate edition! Aren't there laws for this type of robbery!? JUST LOOK AT IT!

Once again, I'm not mad about a season pass, I'm disgusted that they are selling a sub-season pass. The fact that they are even selling a more expensive version of the game that DOESN'T include all the DLC for $80 just blows my mind. As if NetherRealm Studios think that there is someone that stupid, that thick headed, that will spend more than $60 but less than $100 for the deluxe edition. What's even worse, is that the deluxe edition gives you only three more characters for 20 more dollars, yet the ultimate edition gives you nine more for only $40. The consumer is getting blatantly ripped off. Well, we all are, because we're less than six months away and still don't know the whole roster size. 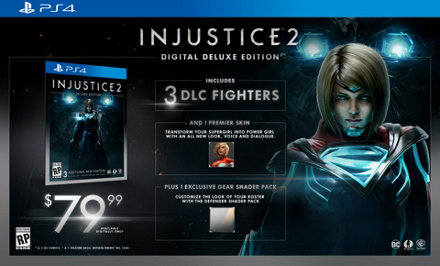 Unless Injustice 2 has a base game cast of at least 30 characters, I'm going to be angrier than I already am. In any video game, if 1/4th of your cast is locked behind DLC, then that's a giant problem. I could go on about how the cast, once again, consists of Batman and his amazing friends, but if I do that, they'll just throw all the good characters in as DLC. Oh, what the hell, they planned on doing that all along.